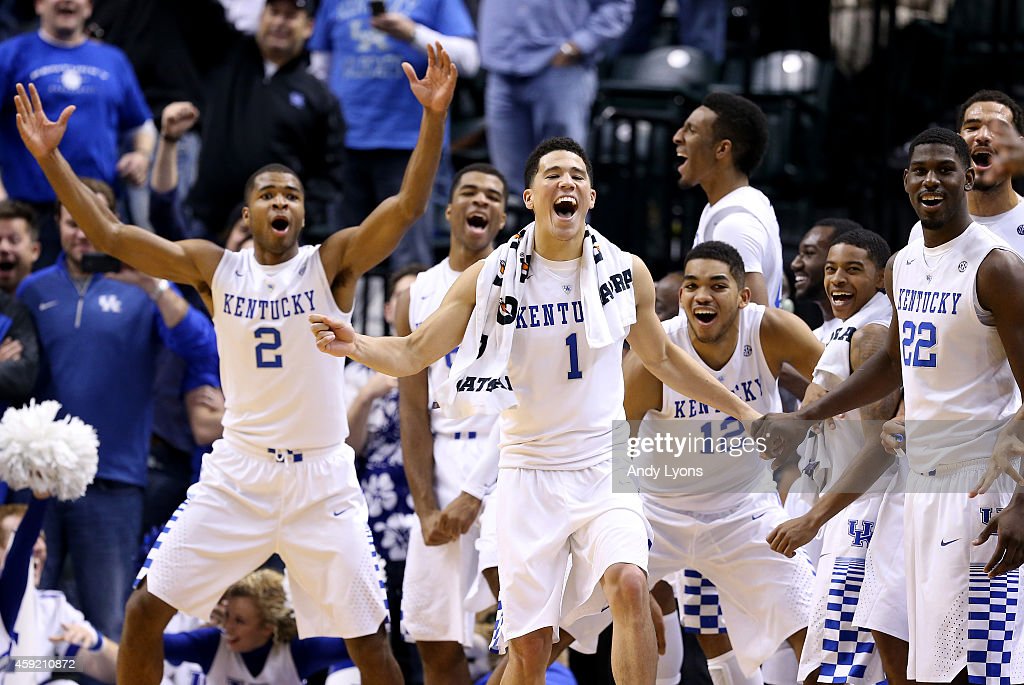 Yesterday was a great day to take a break from the heat, curl up in the air conditioning, and relive some of your favorite UK moments from year’s past, courtesy of the SEC Network. But we couldn’t expect every special game or play to be squeezed into one 24 hour marathon, right? Of course not. So, to keep the melted Rupp Arena ice cream soaked memories alive, here are a few more games that didn’t make the cut.

UK’s SEC Network Takeover kicked off with the near unprecedented annihilation of the UCLA Bruins from December of 2014. You know, the one where the Cats scored the first 24 points, and UCLA only scored 7 point in the first half? That was pretty sweet, and kept the 40-0 dreams swirling for another week. But what about the matchup from a month before, when UK laid an ol’ school beat down on a top-5 ranked team in the Kansas Jayhawks? We knew this crop of Cats was special, but to put on a performance like this well before the season hit its stride? The UCLA game was an exhibition. But the Kansas game was a statement.

Probably the marquee victory of Mark Stoops’ tenure thus far at Kentucky. Watching Bud Dupree snatch the ball and trot into the end zone, sending Steve Spurrier back home with his Gamecock tail between his legs, can still give you chills. Here’s hoping that we get some more moments like this in the upcoming season. And a bowl game.

No UK vs. UofL on a day dedicated to UK sports? Blasphemy, I say. I strongly considered putting 2012’s classic Final Four bout here, but instead, to commemorate my first post here on KSR, I went with one of my earliest memories as a UK fan: Patrick Sparks putting away the Cards with some of the most clutch free throws you’ll ever see back in ’04. Stone cold killer, that kid.

Which games do you think were missed as part of UK’s SEC Network Takeover?

P.S. This was, indeed, my first post on KSR. My name is Jay Winkler, I grew up in Estill County, and have been a Kentucky fan my entire life, or at least as far as I can remember. I’m heading into my second year as a student at UK, and I’m looking forward to the future with KSR. You’ll be hearing from me again soon, maybe talking pop culture, pro wrestling, or things of that nature. But I’ll definitely be talking my first love, UK sports. You can follow me on Twitter at @JayWinkKSR.