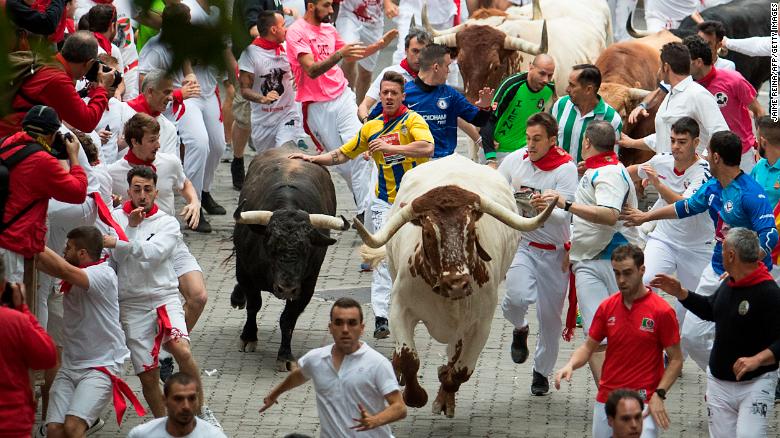 One Kentuckian is returning home from Spain with a scar and a story to tell.

Aaron Froelicher, a 23-year old from Florence, and his brother Andrew attended the annual festival of San Fermin to run with bulls through the streets of Pamplona, Spain. One beast took Aaron by surprise. He thought the group of bulls had passed him by, but he was wrong.

“I ain’t never been hit by a 2,000-pound bull so I guess I learned my lesson there,” Froelicher told the Cincinnati Enquirer.

The bull’s horn dug six inches into Aaron’s hamstring, lifted him off his feet and threw him into the air. He landed on his head and was immediately knocked unconscious. Aaron’s wounds are not life-threatening. The trip to the hospital only delayed their return back to the states for two days.

Aaron dropped another line to the Enquirer that is an all-timer: “You never you really plan for something like this to happen.” Well, when you’re running alongside a bunch of 2,000-pound bulls, that’s a likely outcome.