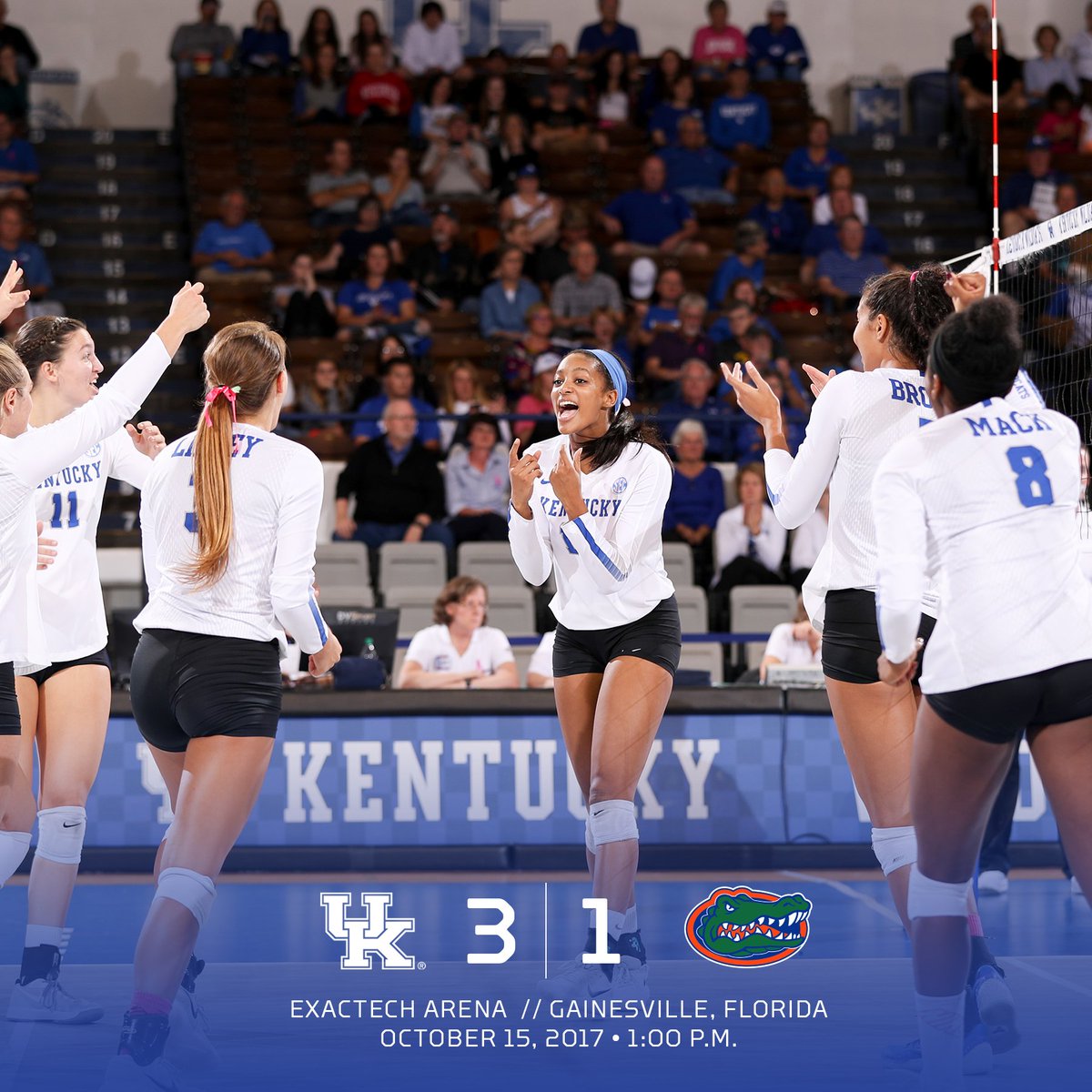 The No. 8 ranked (No. 3 RPI) Kentucky Wildcat volleyball team just knocked off the undefeated No. 1 Florida Gators, winning 3-1 in Gainesville.

This is the third time in history UK has been able to defeat the Gators on the road, and their first time taking down the No. 1 team in the nation.

The Volleyball Cats did an exceptional job on both ends, blocking on the wings, finding open holes on blocks, and shifting momentum whenever Florida managed to get a full head of steam on offense.

Kaz Brown and Emily Franklin both found success on slide plays, with Leah Edmond dominating on outside hits. Setter Madison Lilley had a field day, putting the ball in position for her teammates with ease. The Kentucky blockers had a solid outing, but libero Ashley Dusek wore out the Gator offense all afternoon.

The Cats will almost certainly move into the top-three following today’s victory, with a shot at No. 1 entirely possible.

This is the 11th consecutive victory for Kentucky, and it doesn’t look like anyone in the country can stop them.

CATS BY A MILLION

4 Comments for No. 8 Kentucky Volleyball knocks off No. 1 Florida