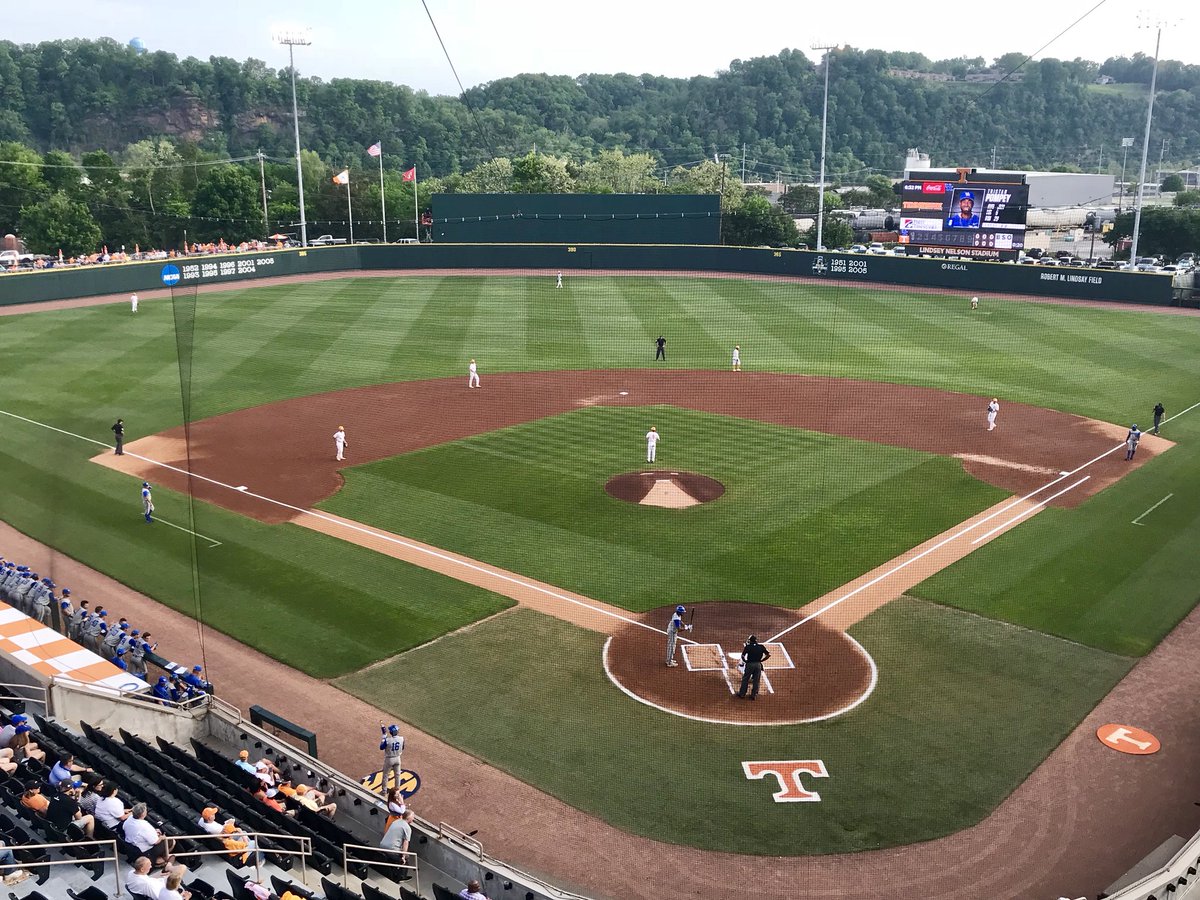 SEC Player of the Week Kole Cottam got things started in this weekend’s road series with Tennessee with his 16th home run of the season to take a 2-0 lead against the Vols in the first inning.

How do you make a return to your hometown? @kole_cotton13 shows you how…First AB of the weekend and it clears everything.

This comes immediately after Cottam hit a game-winning grand slam against Missouri last weekend to cap off a week of batting .571 with five runs, a double, grand slam, and six RBI. With a line-drive single in the ninth, Cottam also managed his team-leading 20th multi-hit game of the season.

After the Cats allowed one run in the bottom of the second, outfielder Benjamin Aklinski came up with this ridiculous grab to get out of the inning.

Aklinski's diving catch of a shallow blooper to CF helps the Cats get out of the second.

Unfortunately for Cottam, Aklinski, and the rest of the BatCats, those were just about the only bright sides to a very disappointing loss in Knoxville.

Tennessee tied it up at two in the bottom of the third, and then followed it up with two more runs in the fifth to take a 4-2 lead. They scored another in the sixth, and then topped it all off with an Andre Lipcius home run in the seventh to seal the 6-2 victory.

Sean Hjelle got the start, where he allowed 10 hits and four earned runs in just 5.2 innings. He also managed four strikeouts on the day.

The Tennessee pitching unit gave up just three total hits, two being to Cottam and one going to Trey Dawson. Tennessee’s Andre Lipcius destroyed the Cats today, going 4-4 at the plate with three RBI, two runs, and a home run.

On the bright side, UK pitcher Justin Lewis graduated this morning, becoming one of 61 Wildcats to earn their diploma this weekend.

Officially a graduate of THE University of Kentucky! ?? #BBN pic.twitter.com/uE1iLw7SlW

Kentucky will take on the Vols in game two on Saturday evening at 6 p.m. ET.

1 Comment for No. 11 Kentucky Baseball falls to Tennessee in Knoxville 6-2