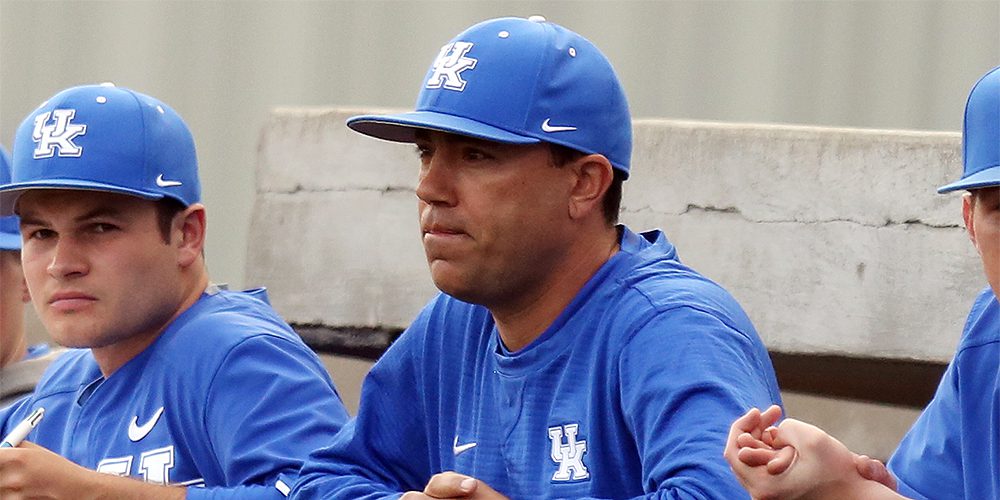 It has been 24 hours since the NCAA released its baseball tournament bracket without Kentucky in it, and Nick Mingione is still upset. UK’s head baseball coach called in to Kentucky Sports Radio this morning to check in after his team’s surprising snub from the postseason, and it’s very clear he is heartbroken over the committee’s decision to leave the Wildcats out.

“I’m hurting today,” Mingione told KSR. “I’m really hurt. I’m disappointed; every emotion and everything you can think of. That was really, really difficult to watch and be a part of.”

Mingione acknowledged the committee has a difficult decision in picking the field each year, but he believed his team’s three series wins against top-15 teams and six series wins over top-50 teams were enough to earn the Cats a bid.

“The one hiccup on our resume is we went 13-17 in the best league in America,” he said, while noting the committee’s points of emphasis are impossible to predict.

So what went wrong that led to the disappointing close to the regular season, which ultimately cost Kentucky a spot in the tournament?

Mingione doesn’t want to make excuses, but he pointed directly toward his injured pitching rotation.

“I don’t want to be deemed as ‘ hey this guy’s making excuses,’ but facts are we had five pitchers out,” he said. “Zack Thompson and Justin Lewis, two of our three weekend starters, missed nine SEC starts. It’s my understanding that if we had two more SEC wins and we were 15-15, we would be in the tournament.

“Those guys missed nine SEC starts and I gotta believe we’d win two of those nine. But unfortunately, we had five guys out at the end of the year. They’re all back healthy, ready for the postseason, but obviously there isn’t one for us.”