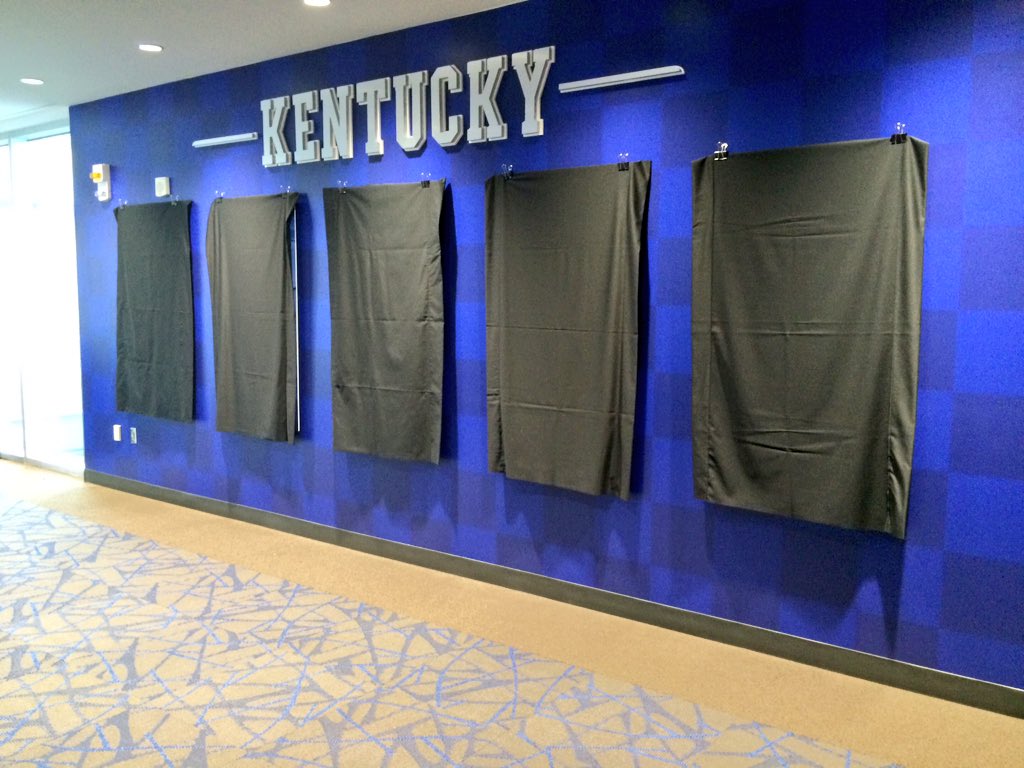 Here in a little over two hours, the University of Kentucky will introduce its brand new basketball and football uniforms to the world. A press conference is being held in the recruiting room of Commonwealth Stadium with Mitch Barnhart, John Calipari and Mark Stoops on hand to unveil the new threads and to explain the reasoning behind the change. Nike creative director Keith Crawford will also be there to tell us what went into each design.

The press conference is scheduled for 10:30 am and we have the live stream set up here on the site you can all follow along. I will have a full report with photos soon after, so be on the look out for that.

Here’s the football team seeing its new unis for the first time:

Kentucky has a must-win basketball game tomorrow afternoon in Rupp Arena and John Calipari has a few things to say about it and about his team today. He and a couple of players will be available for questions later this afternoon and I’ll have all of their comments here on the site.

UK Hoops dropped another one.

UK’s 18th-ranked women are now in the bottom half of the conference at 4-6 after taking a loss to No. 2 South Carolina in Columbia last night. UK Hoops has now lost four out of five games in the SEC.

UK Hoops needs to finish strong in these last six games, four of which are at home, beginning Sunday against LSU.

The NBA announced its participants for the entire slate of its All-Star weekend and seven Wildcats will be in Toronto participating in some form:

He’s not quite at his goal of having coached half of the All-Star game, but Coach Cal is doing a good job of filling up the weekend with his players.

How about that for a recruiting tool?

A UK cheerleader could really use your votes.

UK cheerleading doesn’t know what it’s like to lose so let’s not let Megan Glisson feel that feeling in her online contest for the cover of American Cheerleader magazine.

Megan and the Wildcat are up against cheerleaders from Central Florida and South Carolina for the next cover of the magazine and it will be determined by online vote. You can help her out by submitting your vote here.

Let’s put those #BBN internet powers to good use and get her a landslide win in the contest.

Keeps eyes on the University of Louisville today.

Matt and Ryan are at Pie Five Pizza for today’s show.

Tune in to hear what they have to say at 10 am.