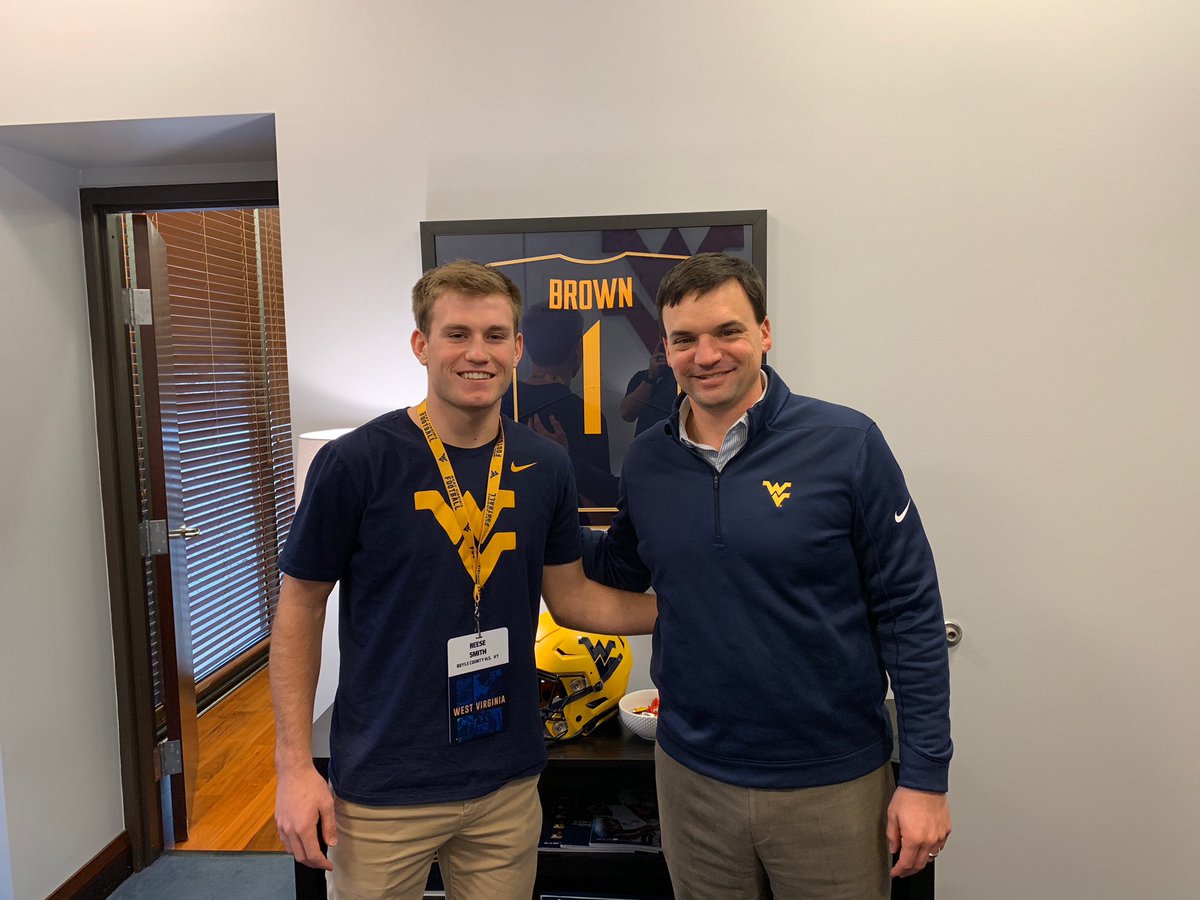 It has not taken long for Neal Brown to make waves on the recruiting front.

Two months after the Danville native was hired to be the head coach at West Virginia, Brown has received a commitment from a Boyle County star.  Three-star wide receiver Reese Smith announced he will be a Mountaineer.

Ranked by 247 Sports as the No. 8 prospect from the state of Kentucky in the 2020 class, Smith helped lead Boyle County to a 3A State Championship in 2017.

Brown’s first commitment as West Virginia’s head coach was also being recruited by Dean Hood at the University of Kentucky.  The two schools are also recruiting Smith’s teammate, running back Landen Bartleson.

Neal Brown won the first recruiting battle on his home turf.  Those battles will only become more intense as Brown, Jeff Brohm and Scott Satterfield crowd the Commonwealth’s recruiting ranks.