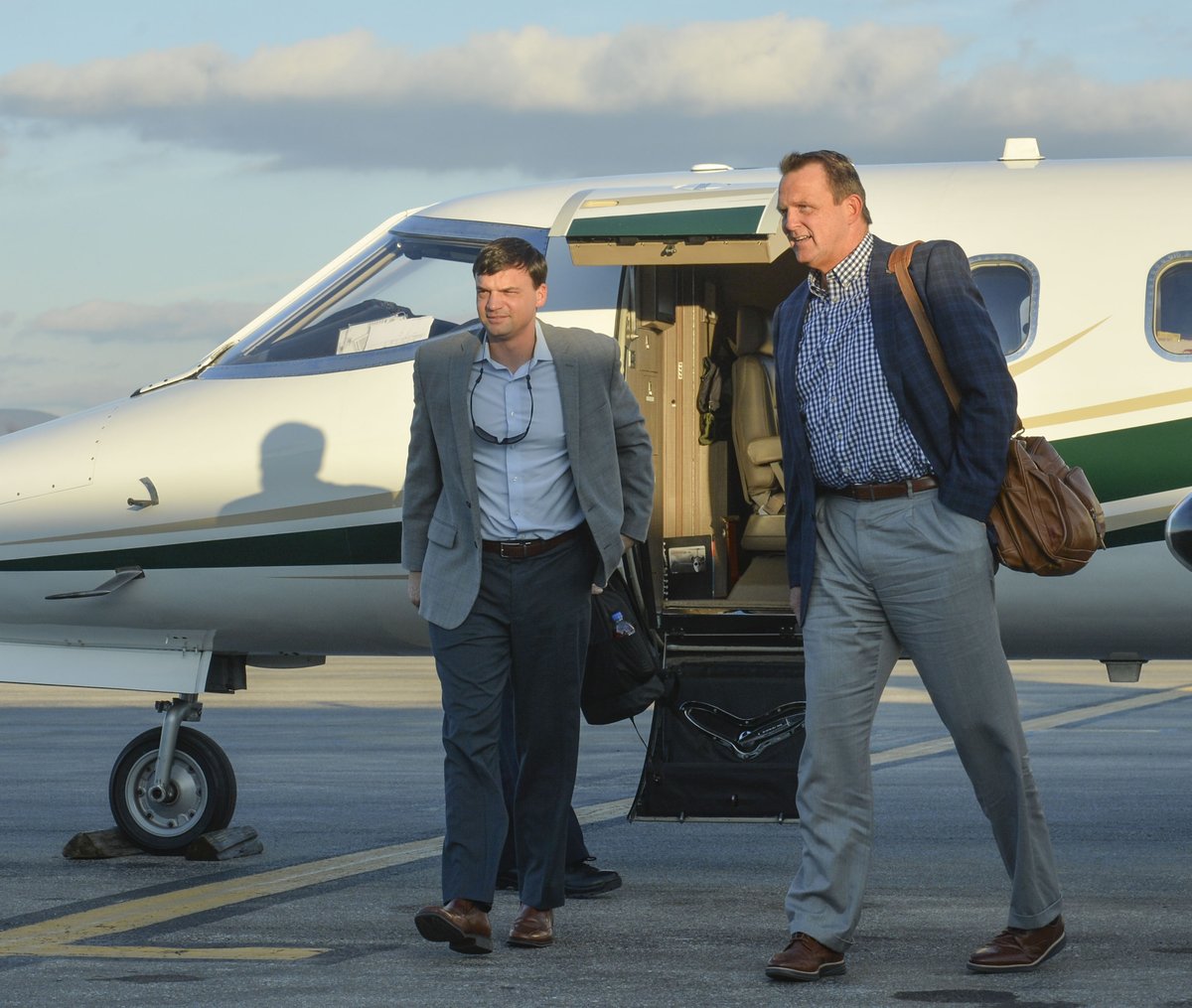 We’re big fans of Neal Brown around here. I had a Troy football t-shirt on just last week. And now that Brown is the head coach over at West Virginia, we are ecstatic for him to have a great job and we want nothing but the best for him and the Mountaineers program under his guidance. Go Neal Brown.

But I’ll also say this: We’re going to hate him in recruiting because he is going to be a problem.

Brown has already planted some recruiting roots in Kentucky and it took him only a day on the job to do so. He has extended scholarship offers to three Kentucky prospects (that we know of) and that number will only grow as he gets to work.

The most notable of Brown’s new targets is Lexington Catholic quarterback Beau Allen, who Mark Stoops is also recruiting. Allen already had an offer from Brown at Troy, and now Brown is recruiting him to be the next big quarterback in Morgantown. Given Brown’s style of play and the success of the West Virginia program in recent history, it’s a very attractive opportunity for the Bluegrass’ sixth-best prospect in the Class of 2020.

Brown also reached out to two juniors at his high school alma mater, Boyle County. He gave offers to Reese Smith, a three-star athlete, and Landen Bartleson, a three-star running back in the class. Both hold offers from UK.

So again, good for Neal Brown on his new job and the opportunity ahead in the Big 12. But he’s going to steal recruits out of Kentucky — it’s inevitable — which was already a problem for the UK coaching staff before Brown entered the picture. In-state recruiting will only get more competitive with Brown nearby, as well as a new coach at Louisville and Jeff Brohm still at Purdue. Keeping guys home just got even more difficult.