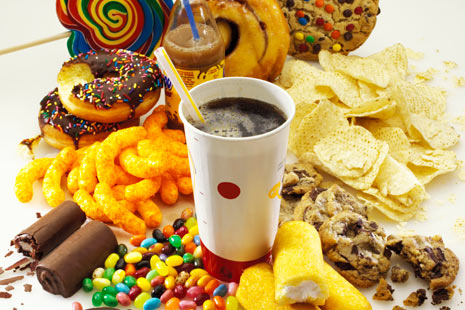 Oh you didn’t know? How did you not know? I circle this one on the calendar as soon as I buy my 365 Adorable Puppies desk calendar every year. I tear off the shrink wrap, flip right to July 21 and draw the biggest Twinkie I can, right on top of that cute little French Bulldog. It’s one of the best days of the year and I can’t believe you didn’t know about it. You should be ashamed.

Anyway, today I’m going to celebrate by going to Taco Bell for breakfast, lunch, dinner and possibly Fourth Meal. What do you plan to do now that you know it’s National Junk Food Day?

Tell me in the comments section. Then cheat on that diet! That diet you always cheat on!

Murray and the Canadians will take on the Dominican Republic in their first game at the Pan Am Games in Toronto. That game will stream live online tonight at 6:00 pm, I think. We’ll have the details for you later today once I put a little more effort into figuring out all the details.

Murray is expected to play big minutes for Canada but it’s unlike he will be in the starting rotation. Either way, go Jamal!

The NBA Summer League is over, finally.

After what felt like games everyday for the past two months, the 2015 NBA Summer League is no more. Now we sit around and watch the newswire to see which hopefuls receive invites to training camp in September.

Scroll down to check out my recap, in case you missed it last night.

And good luck to the Cats on the edge in the weeks to come.

While answering questions on Twitter last night, Rothstein said the staff has been every impressed by Matthews.

Staff has been impressed early. Could be what they need — Glue Guy. https://t.co/gnW5kSB9pE

“Could be what they need — Glue Guy,” he wrote.

It appears Za’Darius Smith will be featured on The Agent.

The new 10-part documentary series on the Esquire Network follows the agents of ProSource Sports, beginning in September of last year through the 2015 NFL Draft. Smith is represented by ProSource and the new trailer for the show suggests he will be included:

The Agent premieres on August 11 on the Esquire Network. I had no idea there was an Esquire Network until last night. It used to be the Style Network, apparently. I’ve gotta get out more.

Do yourself a solid and watch Mr. Robot on USA.

As True Detective and Ballers continue to disappoint over on HBO (Ballers is awful), USA’s Mr. Robot is the best new thing going on TV right now. It’s only three episodes in so you can easily catch up before a new one airs tomorrow night. Definitely check it out and thank me later.

Matt and Ryan will be at Clay County Middle School for today’s show. Stop by to hear the broadcast and maybe you’ll leave with UK tickets from GuyOnTheCornerTickets.com.