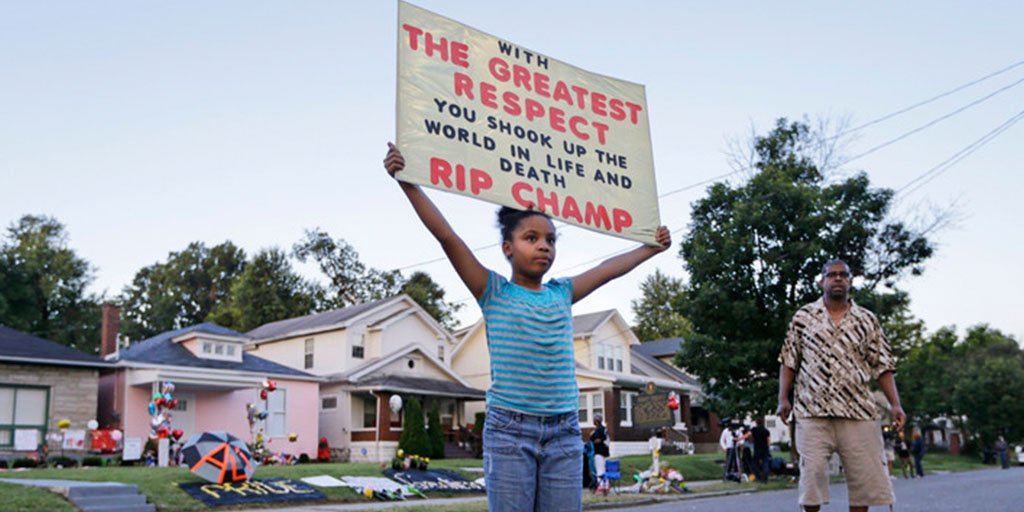 Today, the world turns its eyes to Louisville to say goodbye to The Greatest. Muhammad Ali’s funeral will take place starting at 2 p.m. today, but first, his casket will make a 19-mile journey through the city he grew up in. The procession is officially underway, starting at the A.D. Porter Funeral Home (4501 Bardstown Road) and ending at the Cave Hill National Cemetery:

Thousands of people are lining the route, which will take Ali’s casket by several places significant to him in his life, such as his childhood home, the Ali Center, the African-American Heritage Center, and more.

The pictures and videos of the crowds on social media are truly moving:

World leaders, celebrities, and sports stars are in town for the funeral, including Kareem Abdul-Jabbar, who posed at the Ali Center memorial this morning:

And so my day begins… pic.twitter.com/07Hp7ms6L2

You can watch the procession live on WHAS11.com:

Stay tuned for more pics and videos throughout the day…