The #KSR120 movement is even bigger than I thought. 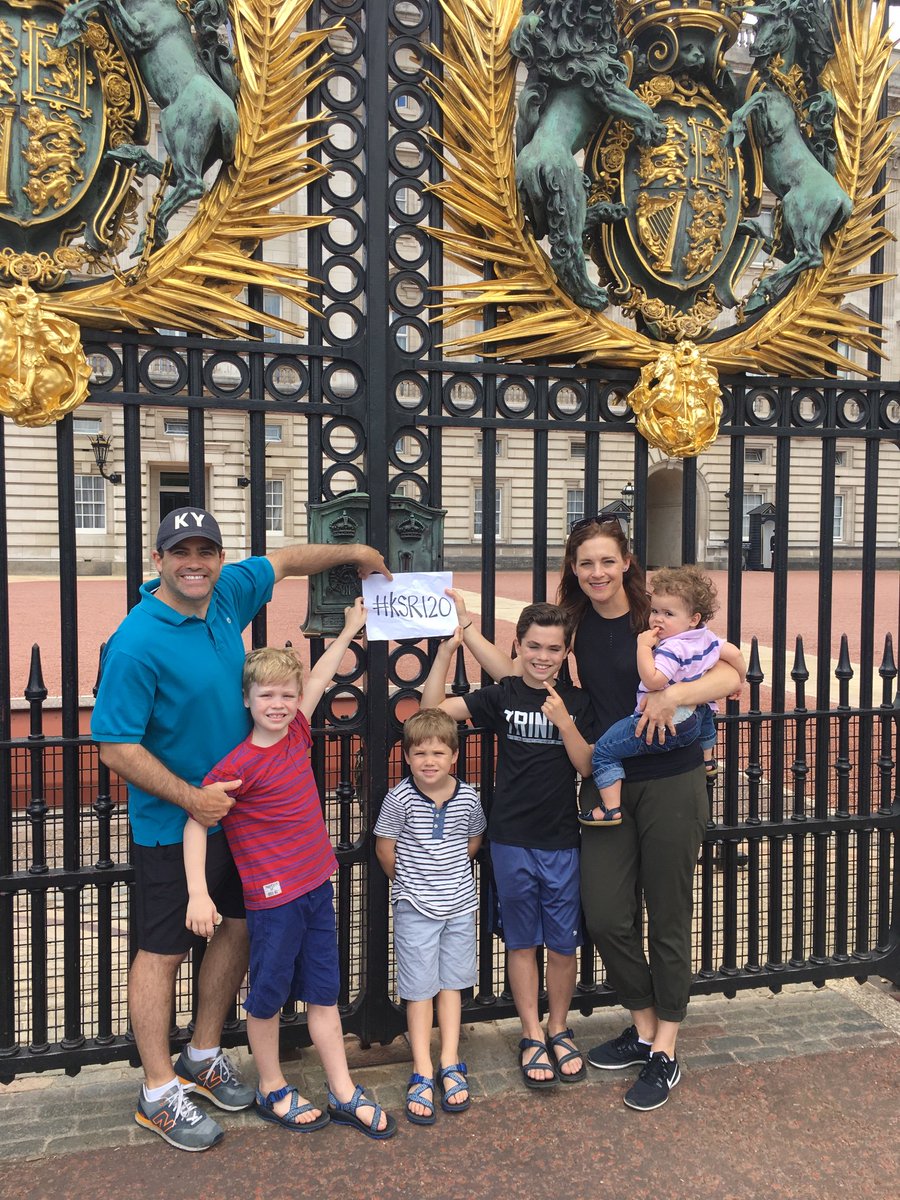 Look what we found at Buckingham Palace. @KySportsRadio is getting carried away with this #ksr120 thing. (@tcprobert)

This evening the Kentucky basketball team is opening the doors of the Joe Craft Center to a limited group of media members.  KSR will be represented and have plenty of tidbits to share from practice later tonight after John Calipari takes the press conference podium.

This morning John Calipari’s Draft Academy camp will host a handful of players that just traded in their Kentucky uniforms for NBA jerseys.  Today we’ll hear from the Knicks’ Kevin Knox and the Rockets’ Jarred Vanderbilt.  Tomorrow Wenyen Gabriel, Hamidou Diallo and Shai Gilgeous-Alexander will take their turn speaking to the media.

A day after decommitting from Kentucky, D.J. Jeffries’ father went on an interview tour to burn bridges.  In a radio interview he indirectly called Tony Barbee unprofessional.  Then Corey Jeffries went to the Memphis newspaper to complain about Kentucky’s absence at his son’s final AAU game.  I think it’s safe to say the “D.J. Jeffries to Kentucky” ship has sailed.

Dontaie Allen is in Town

As soon as the controversial dust settles on one wing, another one will unofficially visit Kentucky’s campus.  The elite scorer from Pendleton County could pick up an offer before the day ends.

This is going to be sofa king awesome.

UK freshman @E_Montomery grew up idolizing @AntDavis23, so we got them together to talk basketball and succeeding at Kentucky.

It is tough to hear these freshmen “grew up” idolizing players like Davis and Wall.  Even though it feels like they were just on campus, Montgomery was 12 when Davis won a title at UK and Ashton Hagans was just a ten-year old when John Wall was in Lexington.

Rich Brooks was Back in Town

The former UK coach made a quick trip to Lexington to see his daughter sworn in as a new federal judge.  During the excursion he used the opportunity to stop by the Kentucky football practice facility.

“Had a nice visit to the Football Facility and coach Stoops this morning. The real treat was seeing Ricky Lumpkin. He was finishing a workout and looks like he could still play. Lucky to have coached him.”

The correct answer is both.  Shortly after he was named Third Team All-SEC, he completed an advertising and marketing internship with Zipie. Conrad explained what he learned while completing a three-month campaign for the Ronald McDonald House.

There’s been a new KSR podcast released every day this week.  That isn’t slowing down today when The Funkhouser Situation gang gets back together.  Tomorrow the podcast train will keep on rolling.  Stay tuned.

Matt Jones will be back on The Paul Finebaum Show microphone again this afternoon from 3:00-7:00.  If you missed yesterday’s shenanigans, you’ll find plenty here.

Time is running out for your chance to win tickets to the Bahamas.  If you don’t see them today at Kelsey’s on Main in Jackson (1124 Main Street), your last chance to win the highly coveted trip is Friday in North Kentucky at Dickmann’s.