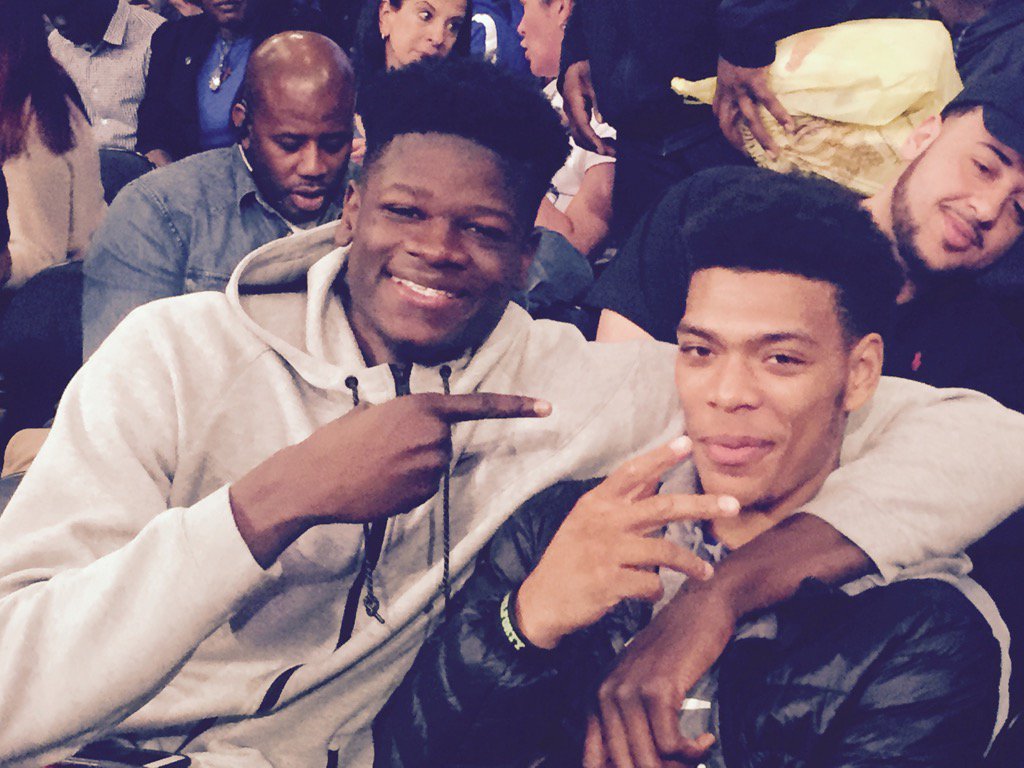 You’re looking at Mohamed Bamba and Quade Green, two five-star recruits Kentucky would very much like to add to the 2017 class. They were Kentucky’s guests last night at Madison Square Garden, along with 2017 commit Nick Richards, 2018 wing Louis King, and 2019 stars Bryan Antoine and Scottie Lewis. Here’s Richards with some of the younger guys:

Bamba won’t announce until the spring, but Green’s announcement is scheduled for this weekend. Syracuse is still the favorite for the five-star point guard, but last night’s visit is very good news for Kentucky, who is looking to come out of the early signing period with a point guard and momentum.

Even if Kentucky doesn’t land Green, judging by his tweets last night, they seem to be in a pretty good position with fellow five-star floor general Trae Young:

This just gives me the ChillsðŸ’¯

Oklahoma and Kentucky are considered to be the frontrunners for Young, but he had plenty of tweets about Kansas after their big win in the nightcap. So, who knows.

Still, keep those ears perked for news regarding Green. Even though he’s not announcing until Saturday, the early signing period ends today, meaning he could send his papers in…