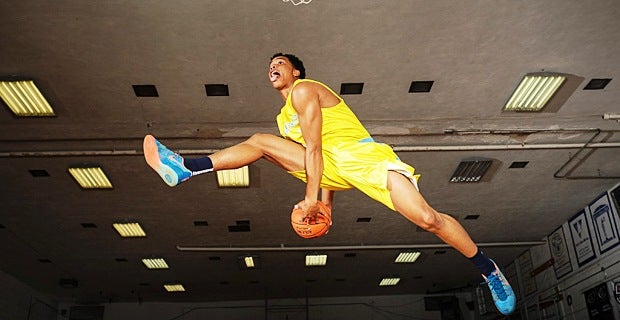 As expected, Huntington Prep small forward Miles Bridges is heading home.  Bridges returned to Flint, Michigan to announce that he will be playing college basketball for Tom Izzo and the Michigan State Spartans.

Once considered a STRONG Kentucky lean, it kind of hurts, until you remember that Calipari got a commit from 6’10” forward, Wenyen Gabriel, earlier this week.  To compare the two, according to 247 Sports Gabriel is the #4 power forward and the 16th player overall, Bridges is the #3 small forward and the 12th overall.

Bridges acknowledged afterwards that he was all in on UK at one point, “When he (Cassius Winston) committed, then I basically switched over to Michigan State from Kentucky.”

20 Comments for Miles Bridges will NOT be a Kentucky Wildcat