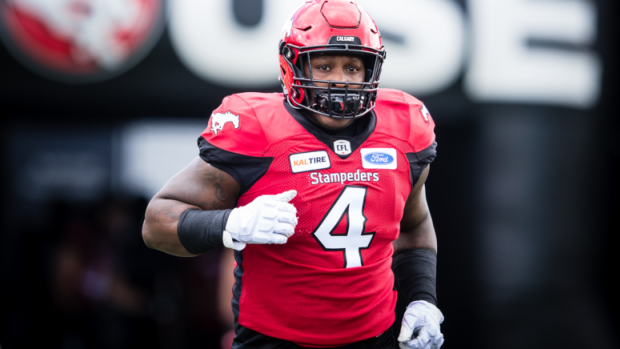 The former Kentucky linebacker and three-time CFL all-star has signed a one-year deal with the Saskatchewan Roughriders.  TSN’s Michael Scianitti reports Johnson will now be the highest-paid defensive player in the CFL, making north of $250,000 in 2019.

After short stints with the NFL’s Cincinnati Bengals and Miami Dolphins, Johnson spent the last six seasons with the Calgary Stampeders. In 2014 and 2018 he helped the Stamps win the Grey Cup.  Last year Johnson was named a CFL All-Star after totaling 29 tackles, 14 sacks, one interception and three forced fumbles.

Kentucky’s Mr. Football out of Ft. Campbell in 2005 has made a nice living as one of the CFL’s best defenders.  After watching his highlights from last year, you’ll understand how he earned this payday.