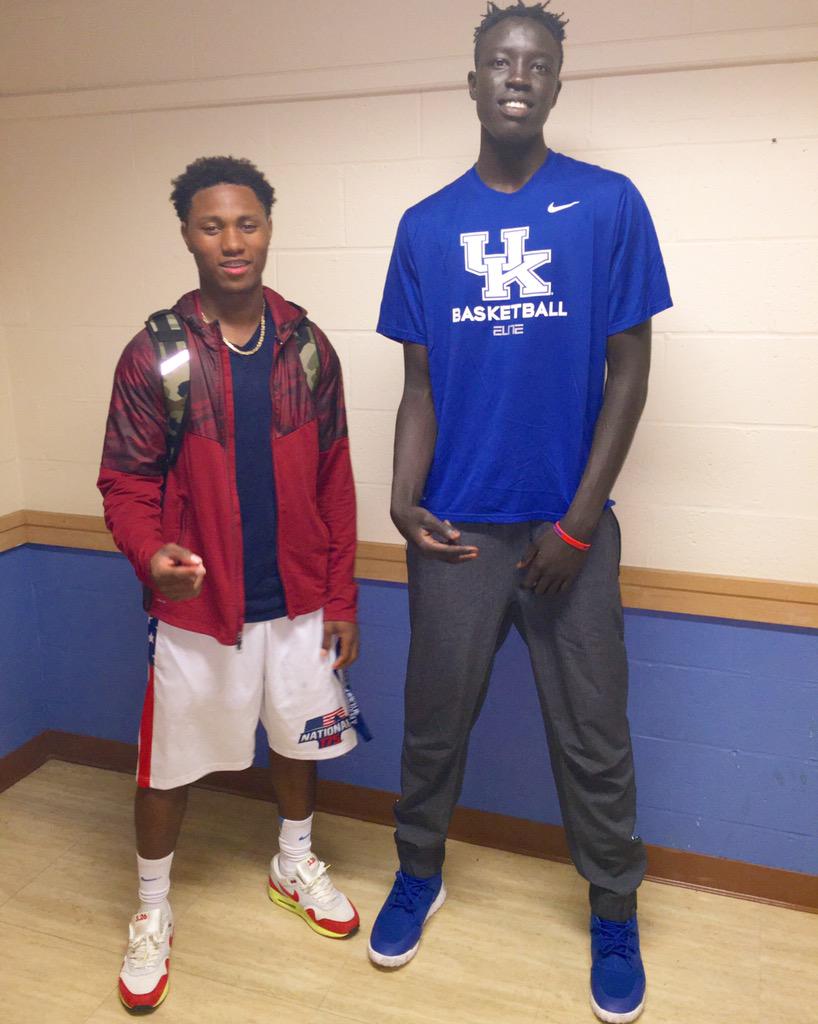 Wenyen Gabriel became Kentucky’s second commitment in 2016, joining Sasha Killeya-Jones to make up the seventh-ranked class in the country, as of today.

Gabriel, out of Wilbraham, Ma., is the fourth-ranked power forward in the high school senior class, according to the 247Sports Composite Rankings, and the No. 16 player overall.

Join me, if you will, in getting to know the newest Wildcat a little better this afternoon:

He picked Kentucky over Duke.

Though other schools were also in consideration, namely Maryland, it was really down to Duke or Kentucky for Gabriel. That is why today’s commitment is even sweeter than simply adding an elite forward to next year’s roster. It means Calipari connected with a counterpunch in what has been a lopsided fight against Coach K and Duke over the last year. Krysekskwski really wanted this kid and Cal was able to lock him down, two weeks before his scheduled visit to Duke. And I know for a fact Cal is loving it.

He was one of the stars of the summer.

It wasn’t until late in the summer when Calipari extended a scholarship offer to Gabriel. He had been a little-known prospect earlier in the year, prior to breaking out on the summer circuit and earning a fifth star to his ranking. Matt Norlander of CBSSports.com called Gabriel “one of the all-time late-bloomers.”

Here’s how he is ranked across the five main recruiting services:

He loved how John Calipari recruited him personally.

One of the major factors in Gabriel’s decision to become a Wildcat was John Calipari’s involvement in his recruitment.

During his announcement on ESPN Recruiting Nation, Gabriel said, “I really like Kentucky because how Calipari recruited me. He took my recruitment into his own hands since Day 1. I talked to his assistants a little bit — even the day before he got inducted into the Hall of Fame, we sat down for breakfast that day. His approach has always been the same to me. He’s really excited about me and I feel exactly the same way.”

He said it “just hit him yesterday.”

So he called up ESPN and arranged a spontaneous, in-studio recruiting announcement for Thursday morning.

And we’re glad he did.