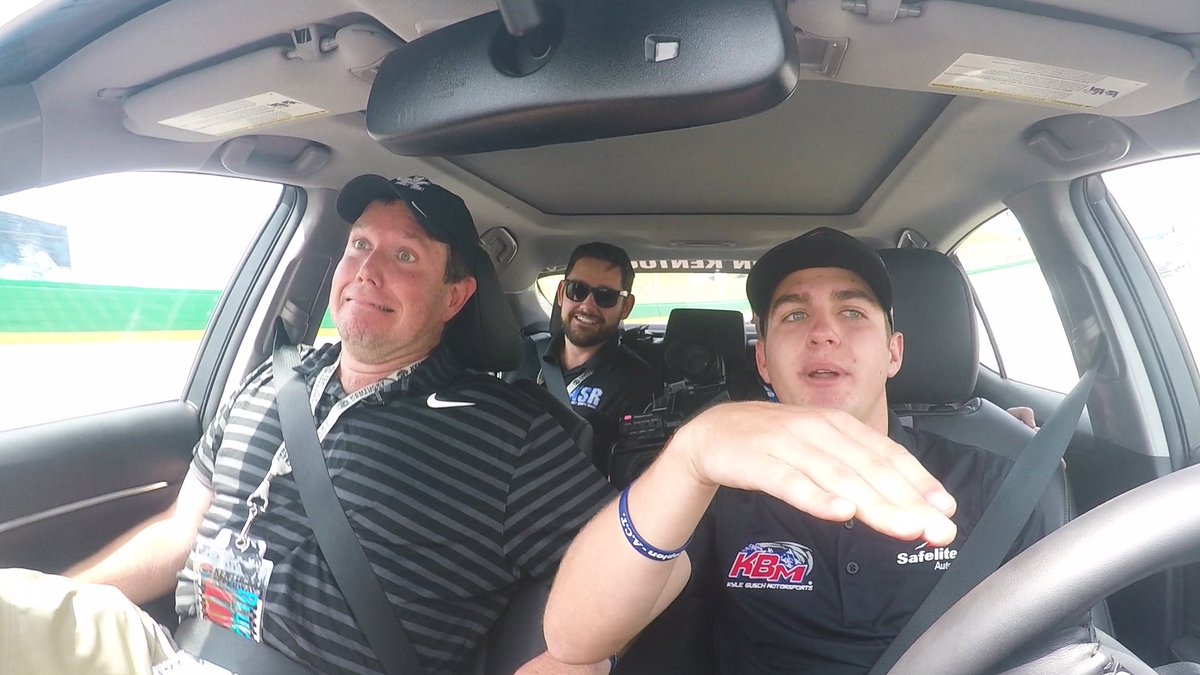 KSR took the radio show to Kentucky Speedway yesterday morning, and then followed it up by filming Hey Kentucky there in the afternoon. As part of the fun, NASCAR driver Noah Gragson took Matt Jones and Drew Franklin for a spin in the pace car, all while conducting an interview in the process.

According to Matt, they got up to 135 mph around the track. And judging by the picture above, he was terrified while Drew wasn’t phased.

Just had @NoahGragson take @DrewFranklinKSR and I around Ky Speedway in the pace car at 135 mph. It was insane and awesome.

Thanks to Noah. Great guy and my new favorite driver

Now, the footage has been released, and it’s hilarious. Check it out below:

For the rest of the episode, Matt and Drew talked about a wide range of topics including Papa John’s dismissal at UofL, a drop in Kentucky football season ticket sales, and the latest UK basketball recruiting updates from the Peach Jam.

3 Comments for Matt and Drew ride with a NASCAR driver on Hey Kentucky!