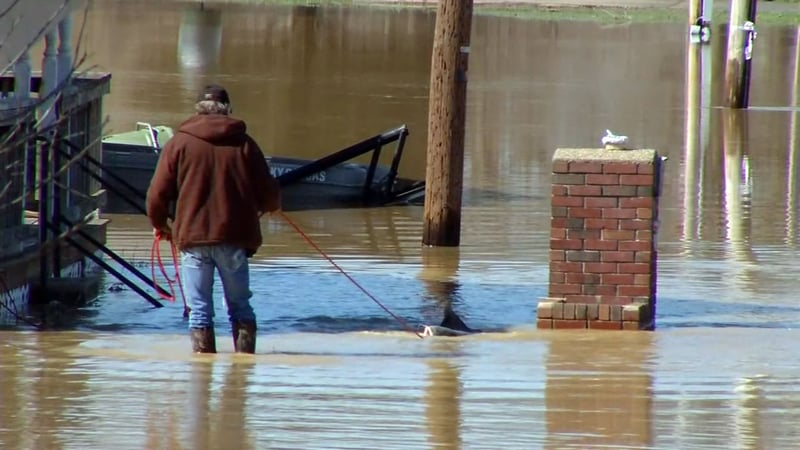 The flooding across Kentucky has pushed wildlife into odd locations.  When the Salt River overflowed into Robert Watkins’ yard, he used the opportunity to reel in a catfish that weighed more than 50 pounds. 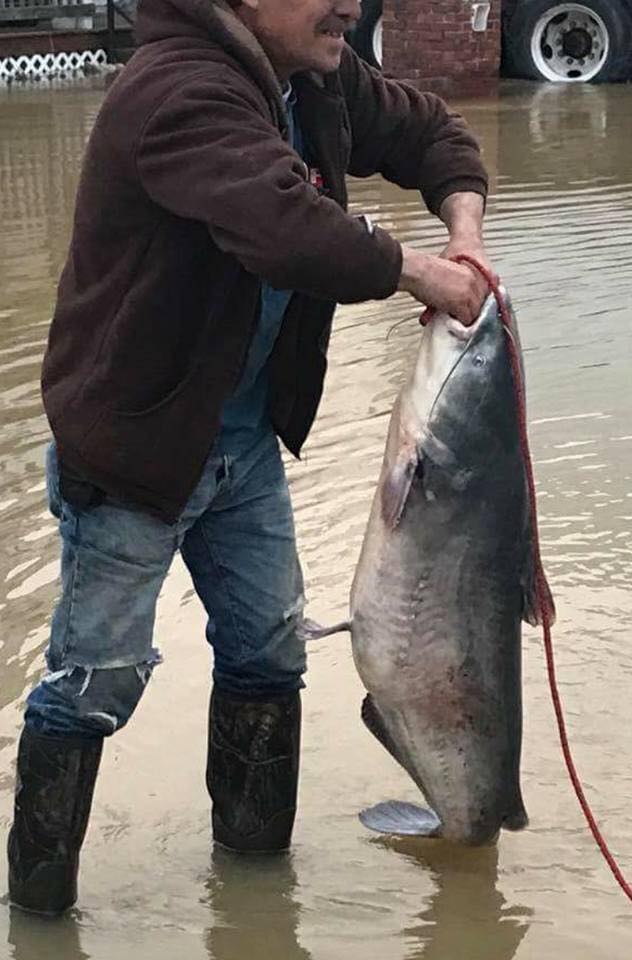 How did the Bullitt County constable catch the fish?  Watkins told WDRB he set a line on a tree limb to sit for a few hours.  When he returned, he found the beast.

Watkins plans on releasing it back into the wild, but for now, it’s hanging out in his font yard.  For more, see the story on WDRB News.