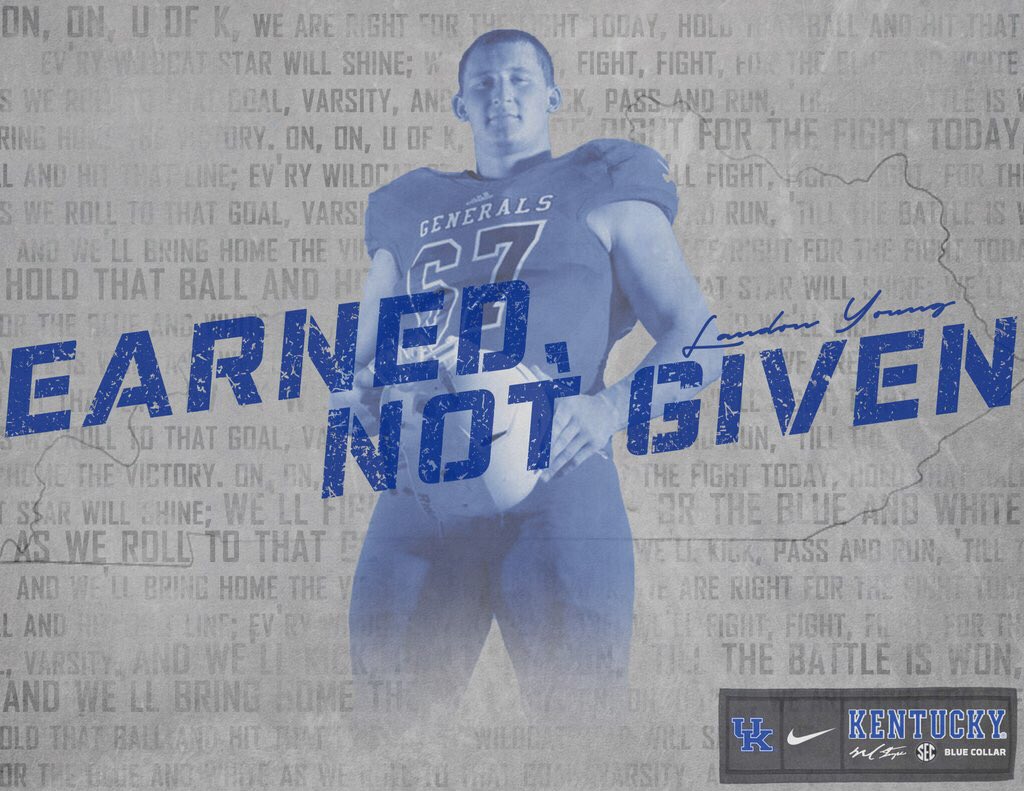 Landon Young is now a five-star prospect, according to the new 247Sports’ football recruiting rankings released Friday afternoon. The former Lafayette General shined at last week’s U.S. Army All-America Bowl, and that performance earned him a bump up to five-star status. He is one of only 32 five-star players in the entire class.

247Sports wrote, “Kentucky has never had a talent like this on the offensive line. He is 6-foot-7 with outstanding athleticism and the reactive quickness to protect the quarterback in the SEC.”