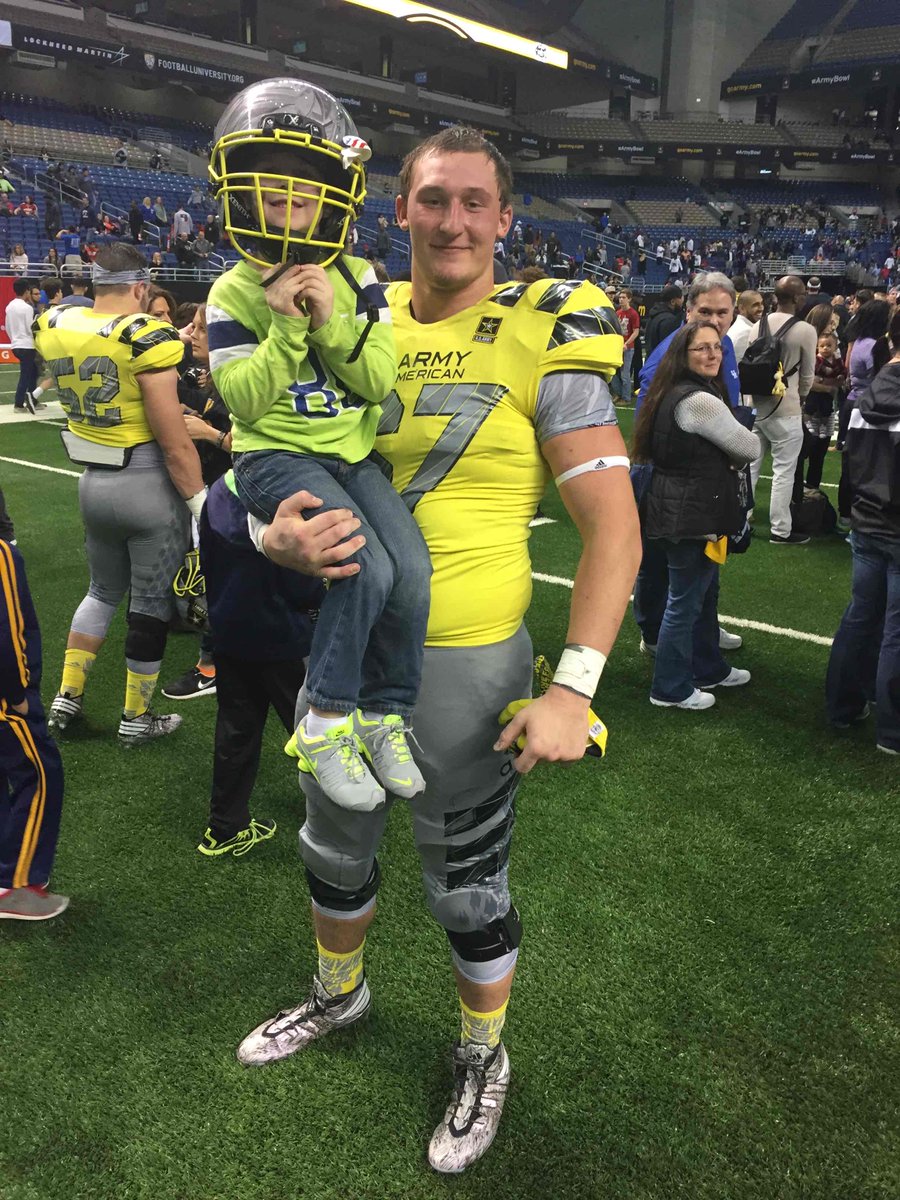 Landon Young had quite the week last week at the U.S. Army All-American Bowl, turning in performances so impressive that there’s buzz he’ll be awarded a fifth star soon. The praise from the national media continues to pour in, with 247 Sports’ Barton Simmons naming Landon the #1 offensive lineman he saw over the course of the week:

1. Landon Young — Everyone is raving about the Kentucky commit following a week of practice and a strong effort in the game. He’s got the complete package.

Simmons also gave fellow future Cat Kash Daniel some praise, including him in a list of linebackers he called “one of the better linebacking groups this game has ever seen.” Not bad for some good ole Kentucky boys, right?

Twitter is about to blow up tomorrow. Make sure you're following @UKStoopsTroops! #BBN

Today is the last day of the dead period, meaning coaches can start recruiting off campus and host visitors on campus starting tomorrow. Hmm…what does Stoops have planned?