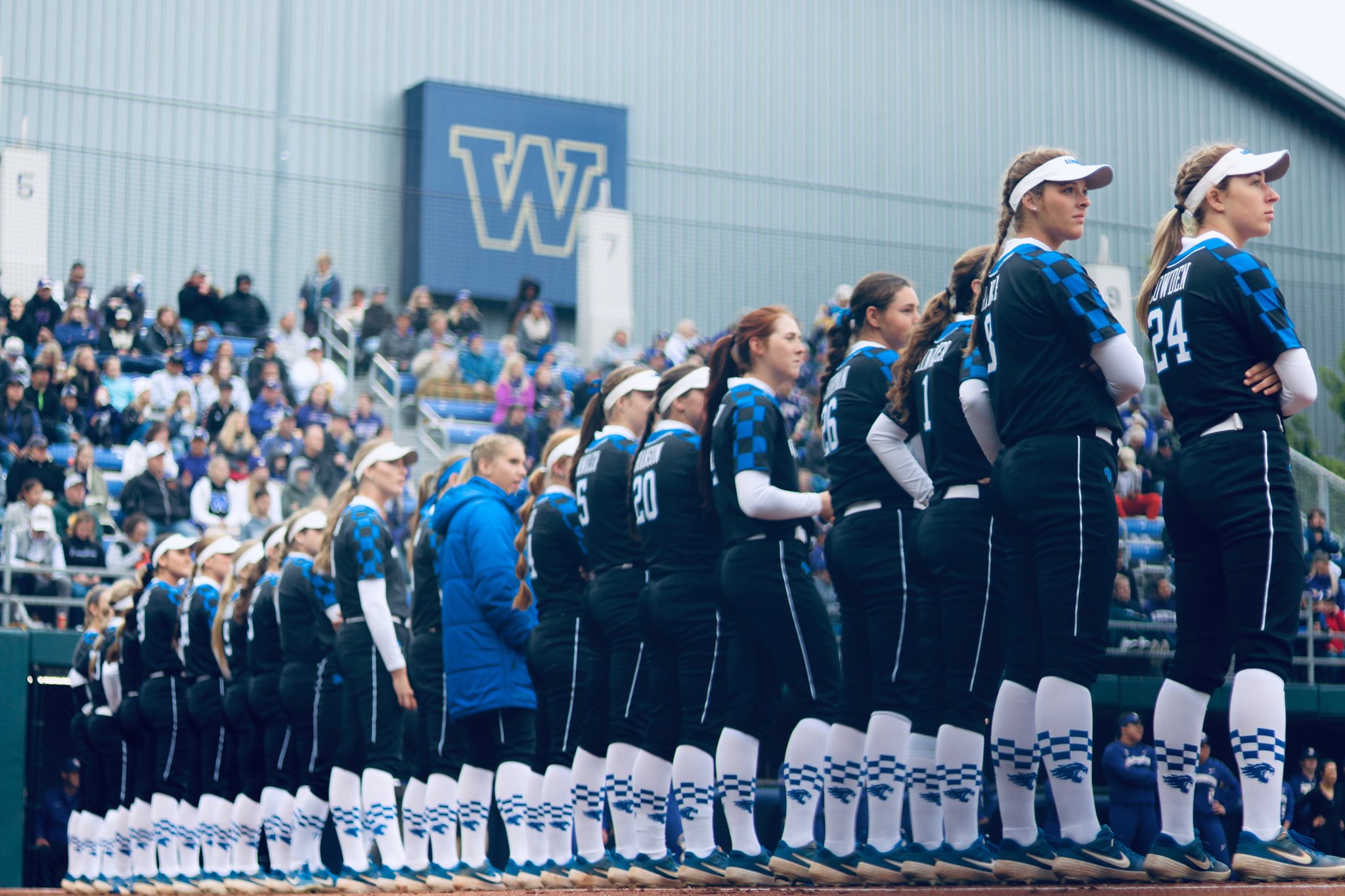 Kentucky is at risk of being bounced in the Super Regional for the third straight year, as they are shutout by Washington 3-0.

The Wildcats have been an offensive juggernaut, but tonight their bats went cold on a brisk night in Seattle. On an uncharacteristic performance, the Cats left eight runners in scoring position in the shutout.

Taran Alvelo mowed through the Kentucky line up during her 3.2 innings of work. She only allowed two hits and walked one in her half-game performance. Gabbie Plain came in for Alvelo’s relief when Kentucky had runners on the corners in what was honestly a brilliant move by the Washington coaching staff.

Alvelo throws hard from the circle, usually clocking in around the high-60’s low-70’s, so when Kentucky was starting to make their adjustments in their second time through the lineup, Washington turned to Gabbie Plain who stays in the low-60’s which caused the Cats to have to go through another adjustment halfway through the game.

Kentucky just couldn’t make that adjustment as evident by the shutout.

In the first time through the lineup, Washington got on the board before ESPN could even figure out how to properly broadcast the game on a sac-fly by Samie Reynolds that scored Sis Bates.

On their second time through, it was Bates turn to get the RBI as she singled to put Washington up 2-0 in the third.

And finally on their last time through the order, Washingtons power hitter Morganne Flores clobbered a ball down the left field line for her 22nd home run of the year.

Grace Baalman, who has been battling tendonitis in her throwing tricep, was credited with the loss tonight as she gave up three runs on five hits through five innings of work.

Kentucky will look to even things up tomorrow to keep their season alive tomorrow night in game two from Seattle, Washington. Last season, Kentucky took game one to have Oregon win two straight. Hopefully, it’s Kentucky’s turn this season. First pitch is at 10:00 pm ET on ESPN2.

4 Comments for Kentucky Shutout in Game One of Super Regionals