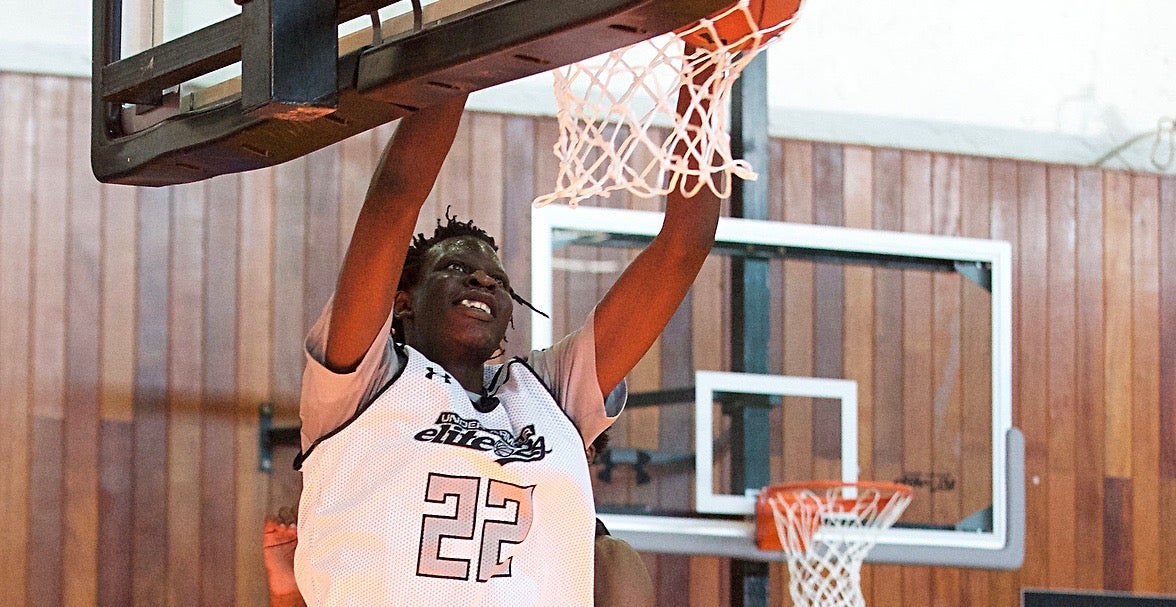 It’s not every Tuesday that you get to wake up to news that Kentucky offered one of the most exciting players in the 2018 class. Last night, John Calipari and Kenny Payne extended an offer to Bol Bol, the 7-1 son of NBA player Manute Bol. Bol shared the happy news on Twitter:

Just got off the phone with Coach Calipari & Coach Payne and blessed to receive a offer from UK! pic.twitter.com/qFTXiKLqzG

Bol is considered the second best power forward and the fifth best overall player in the 2018 class by 247 Sports. He’s tearing up the spring circuit, averaging over 25 points and nine rebounds per game in EYBL play. Over the weekend, Calipari and Payne got to see him battle the top player in the class, Marvin Bagley, at the EYBL event in Indianapolis:

Some more highlights from the weekend before: