Kentucky is in the hunt for another talented wide receiver in the 2021 recruiting class.

The Wildcats have already secured commitments from three wide receivers in the upcoming class. Kamonte Grimes could become the fourth to pledge his allegiance to the BBN. On Friday the three-star athlete unveiled his five finalists — Kentucky, Michigan, Maryland, Miami and Nebraska. 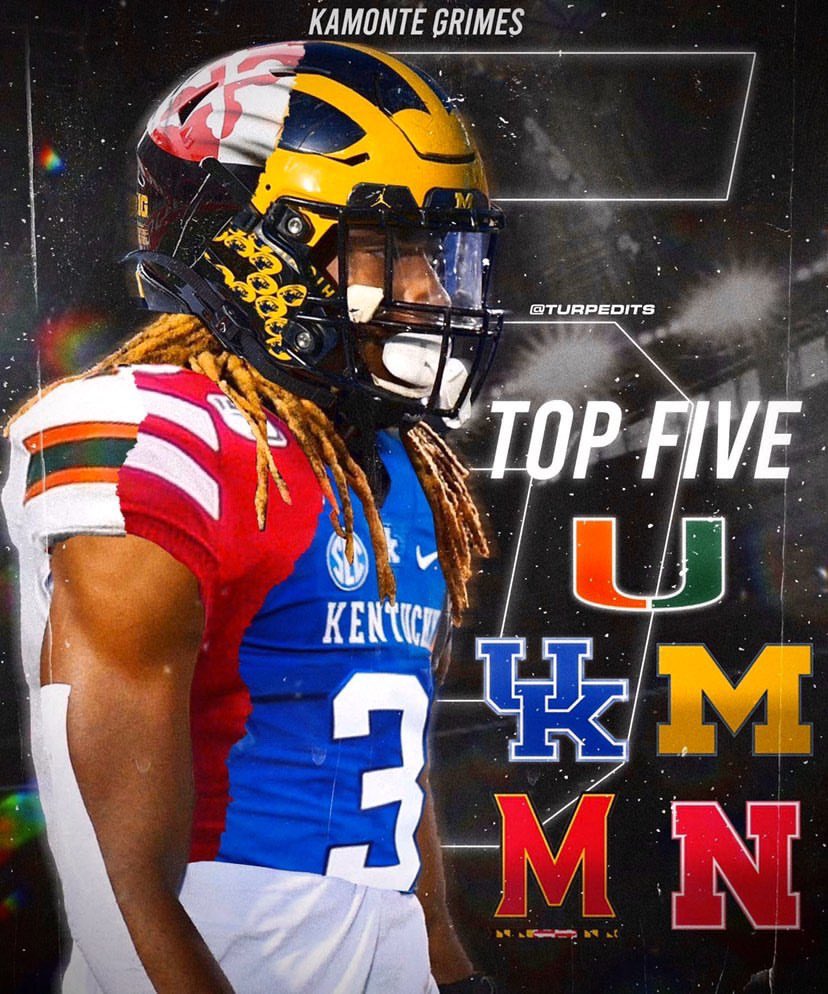 Hailing from Palmetto Ridge High School in Naples, FL, Grimes is ranked by 247 Sports as the No. 28 ATH in America. Darin Hinshaw has taken the lead for UK in Grimes’ recruitment. Two Rivals recruiting analysts have predicted that Grimes will ultimately choose Michigan.

A 6-foot-3, 290-pound athlete, Grimes is a two-way player that also stars on the hardwood. He could line up on either side of  the line of scrimmage at the next level, but will most likely play wide receiver. As you can see in his highlights, Grimes does a little bit of everything on the football field.