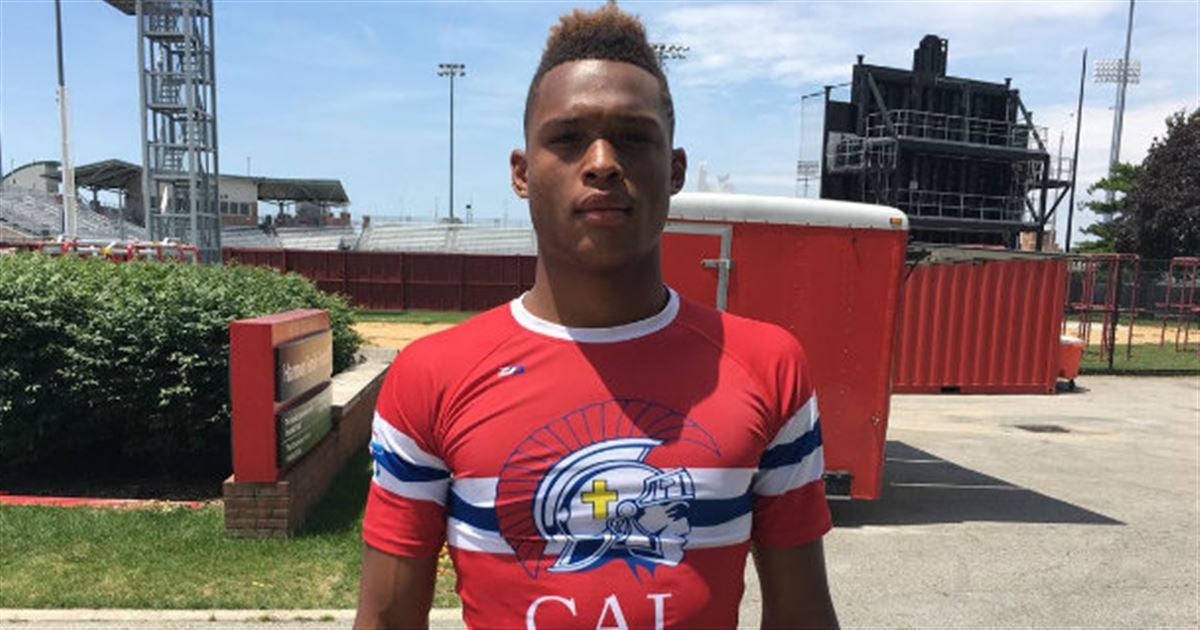 The top uncommitted football player from the state of Kentucky is down to five schools and the Cats made the cut.

Christian Academy of Louisville’s Milton Wright, considered the No. 14 athlete in the country and No. 146 player overall, told Steve Wiltfong of 247 Sports that the five schools recruiting him the hardest are Alabama, Ohio State, Purdue, Louisville and Kentucky.  Wright had this to say about the programs:

“I think Nick Saban is a great, great coach,” he added. “Ohio State, I like the way Coach (Urban) Meyer handles himself and his program. Purdue, I just like their fanbase and how it’s a nice community and they have great academics. Louisville, it’s a hometown school and I think they’re awesome. Kentucky also, they’re a close-knit city I like to be around and my family is around there too.”

The Cats made the first cut but there’s a long way to go.  Sources tell KSR it’s currently a three-horse race between Alabama, Ohio State and Purdue.

That could change now that Vince Marrow has increased his presence within the Commonwealth.  The Cats could certainly use the state’s most explosive playmaker.

A top candidate for Mr. Football, he led CAL to their first state title as a sophomore.  Last year he played quarterback, wide receiver (685 yards, 9 TDs), safety (40 tackles, 4 INTs) and returner (3 career return TDs).  I have a feeling you’ll love his highlights, even though I detest them (because most are against my alma mater).