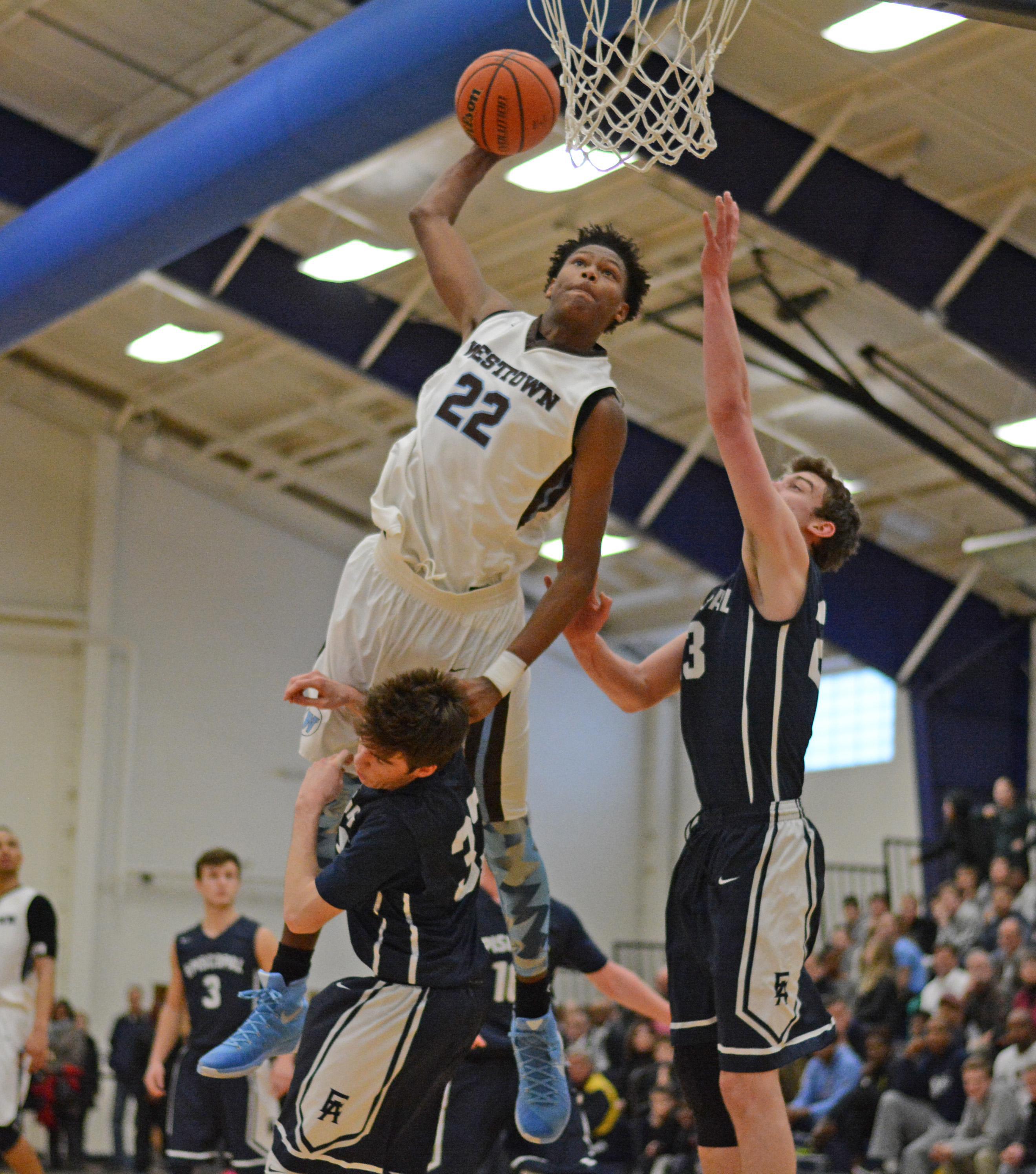 Prep school teammates with Mo Bamba, Reddish first received an offer from Calipari back in April of 2016.  Duke was originally perceived as the prohibitive favorite, but since the start of the EYBL he’s decided to take his time and leave all options open in his recruitment.  Still, all 11 247 Crystal Ball predictions are for Duke.

A visitor for Big Blue Madness, he last hosted John Calipari and Tony Barbee back in January.  Kentucky coaches have been present for most of his EYBL games.  Here’s some of what they saw:

2 Comments for Kentucky Makes the Cut for Cameron Reddish