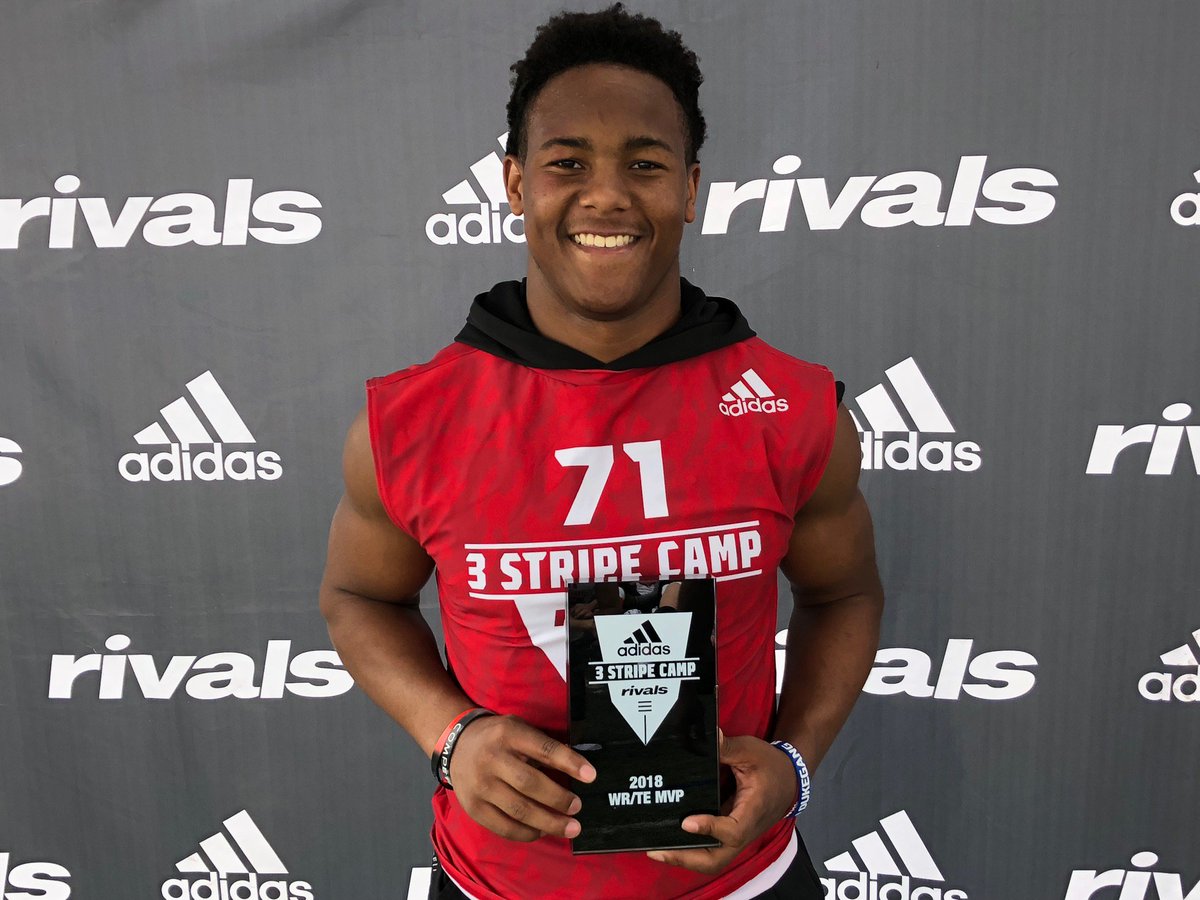 Robinson earned MVP honors at this weekend’s @RivalsCamp in Columbus.

Before one of the state’s top uncommitted football prospects makes a final decision, Kentucky is recruiting their long-time target from a different angle.

Western Hills’ Wandale Robinson has caught the attention of high school football fans around the state for years.  In the summer of 2017 he exploded on the camp circuit to earn recognition as one of the top ten all-purpose backs in the nation.  Kentucky has been in his ear for a couple of years, but as Robinson enters the final stretch of his recruitment, they’re sending him a little different message.

Marrow has hit the Kentucky front hard over the last two to three weeks.  He’s bringing a message to Robinson that echoes Freddie Maggard’s new mantra as the Director of Player Development, 4 for 40.

“They’re speaking the message to me that it can be more than four years for me.  My marketability when I get done playing that everybody can have some type of communication with me because I played at Kentucky and I’m from Kentucky.”

Robinson admitted he likes what he’s hearing.  “You wanna be prepared for after football, so that you can always have connections.”

“I love Duke.  Their education is by far one of the best.  You really can’t beat that.” Robinson said Duke wants him to be the next Jamison Crowder, the undersized wide receiver who left Duke as the ACC’s leader in receptions.  Kentucky has similar visions for Robinson as a slot receiver.

Nebraska, Northwestern, Michigan, Notre Dame and Ohio State are also in the mix for Robinson, who took a visit to State’s campus following his MVP performance at the Columbus camp.

The in-state star plans to make an announcement over the summer.  He revealed that it will happen in the form of a video that will begin production in about three weeks.

Kentucky has brought out their big guns to close the deal on one of the state’s most electric athletes. We’ll find out in a little over a month if Marrow’s new pitch is enough to keep one of Kentucky’s best from leaving the Bluegrass.

In other in-state recruiting news, last week Marrow and Co. extended an offer to 2019 Louisville Manual athlete Aidan Robbins.  Once thought to be a lock at Vanderbilt, a pitch to play either running back or linebacker convinced Robbins to schedule an official visit the weekend of June 22.  He plans to take an unofficial visit before the June date.

The Cats also offered a young receiver from Robbins’ rival school, Louisville Male.  Izayah Cummings, a 6’3″ sophomore in the 2020 class, picked up offers from UK, Duke and Purdue in a three-day span.