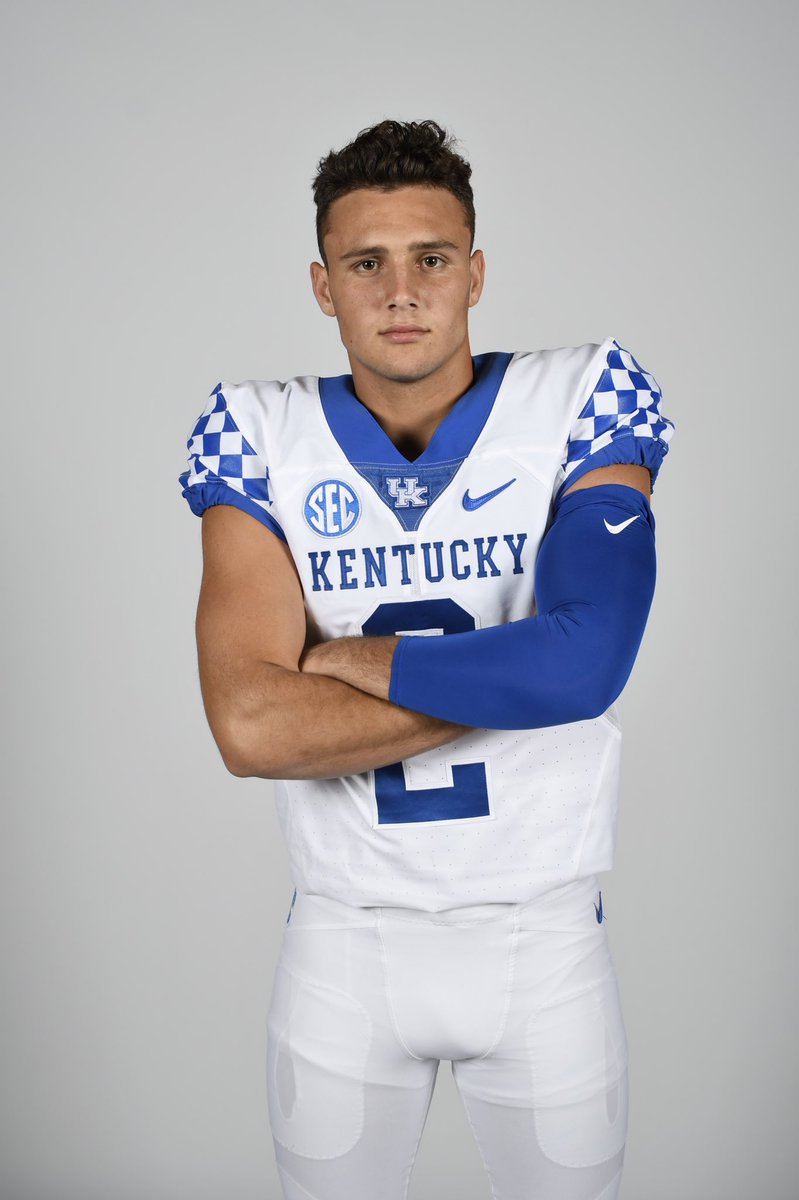 In the first Kentucky football recruiting showcase of the 2019 recruiting season, Mark Stoops opened his doors to more than 120 prospects from more than a dozen states.

Unlike previous Junior Days, the invitation-only event was not dominated by recruits from Ohio.  Of course there were a few big names from the Buckeye state, but there were just as many hailing from Michigan, Missouri and Louisiana.

The biggest name from Steve Clinkscale’s Michigan territory was Michael Fletcher.  The No. 10 player in the state is one of the 25 best defensive ends in the country.  After the visit he Tweeted: “Had a great time at Kentucky! Will definitely be back.”

From the uncharted lands of Missouri, 6’3″ wide receiver C.J. Boone spent his day at UK enjoying time with Paul Tyson, the grandson of Bear Bryant who is one of the ten best pocket-passers in the nation.  Tyson wasn’t the only quarterback on campus.

You can see more here.

If there’s one position you need to lock up early, it’s quarterback.  Darin Hinshaw and Eddie Gran did their part by inviting four quarterbacks to campus.

Kentucky has been Tyson’s radar probably longer than any other school.  The same could be said for Hayden Wolff.  A big man (6’5″) with a big arm, the Cats are the early favorites for Wolff.  Those two arrived in Lexington with UK scholarship offers.  Dual-threat quarterback Nik Scalzo left Lexington with an offer from Eddie Gran.

“After having a great visit with Coach Stoops, Gran, and Hinshaw, I am honored to say that I have received an offer from THE UNIVERSITY OF KENTUCKY,” Scalzo Tweeted.

He’s only 6-feet tall, but he’s caught the eyes of many schools in the camp circuits.  Illinois and a slew of Ivy League schools have also extended offers to the seventeenth-ranked dual-threat passer in 2019.

The other quarterback on campus is also considered a dual-threat.  Travis Mumphrey from Marrero, Louisiana brought a couple of teammates with him to Lexington, but did not leave with an offer.

A Louisville native from Butler High School, I can confirm that Crumes can catch passes.  In fact, the time I watched Crumes from the stands, his efforts in the end zone almost single-handedly carried Butler to a victory.  The 6’1″ wide out plays bigger than his size and was good enough to lead Butler to one of their best seasons in a decade.

Kentucky has a long time to convince Crumes to leave his hometown.  It doesn’t hurt that he grew up cheering for Kentucky.

Arguably the biggest name on Kentucky’s campus this weekend was a familiar one.  Mo Douglass was a safety at UK from 1984-1986.  Yesterday he brought his daughter and son to Lexington.

Moses Douglass is a four-star safety that is considered one of the best 300 players in America.  He holds offers from more than 20 schools, including most of the Big 10 conference.  Coached by his father, the elder Douglass has sent some of his former players, like defensive tackle Kordell Looney, to Kentucky.  Can Stoops and Marrow convince him to send his son to school down I-75 South? 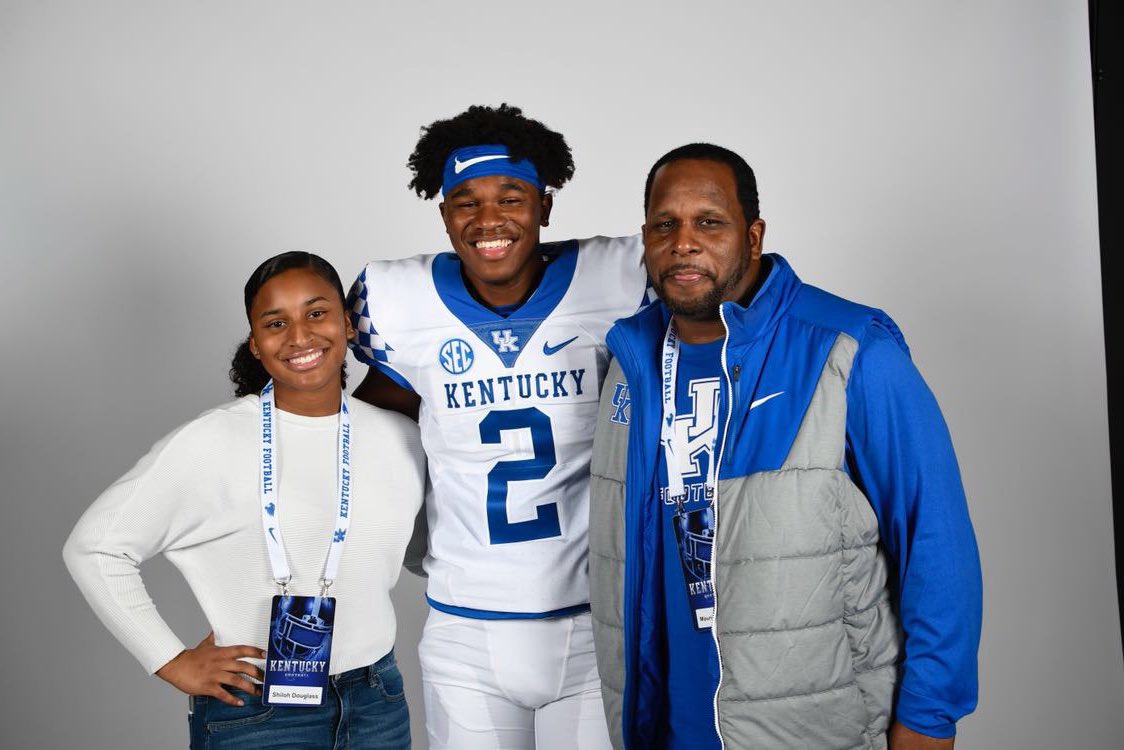 The Douglass family (via @ShilohDouglass)

The biggest of the bunch was Paris Johnson Jr.  The 6’7″ 275-pound offensive tackle from Cincinnati St. X is the No. 113 player in his class according to 247.  Before he completed his visit, Johnson Jr. Tweeted, “Amazing visit! Blessed to have the opportunity to spend time with Coach Marrow, Coach Schlarman, Coach Gran and Coach Stoops!”

Johnson Jr. received a scholarship prior to his visit.  Kentucky waited until John Young got to campus to extend a scholarship offer.  A 6’8″ 280-pound offensive lineman from Christian Academy of Louisville, Rex Chapman and Steve Romines were ecstatic when they heard the news.

The football recruiting Twitter world was filled with tons of pictures from the uniformed photoshoots.  Many were bypassed, but this caption from four-star Michigan wide receiver Rashawn Williams was an exception.

13 Comments for Kentucky Football Made Moves on 2018 Junior Day