August 1 marks the beginning of Kentucky football camp and the start of a new recruiting calendar year.

Football Subdivision Schools can now officially extend scholarship offers to prospective recruits. It’s not the first time a team will verbally offer a scholarship to an athlete, but it’s the first time they can put it on the record. Throughout the day UK football recruits will be sharing the photoshopped messages they’ve received from the school. Four-star wide receiver commit Kalil Branham was the first to share his on Twitter.

Louisville wide receiver Jordan Watkins also got in on the action. 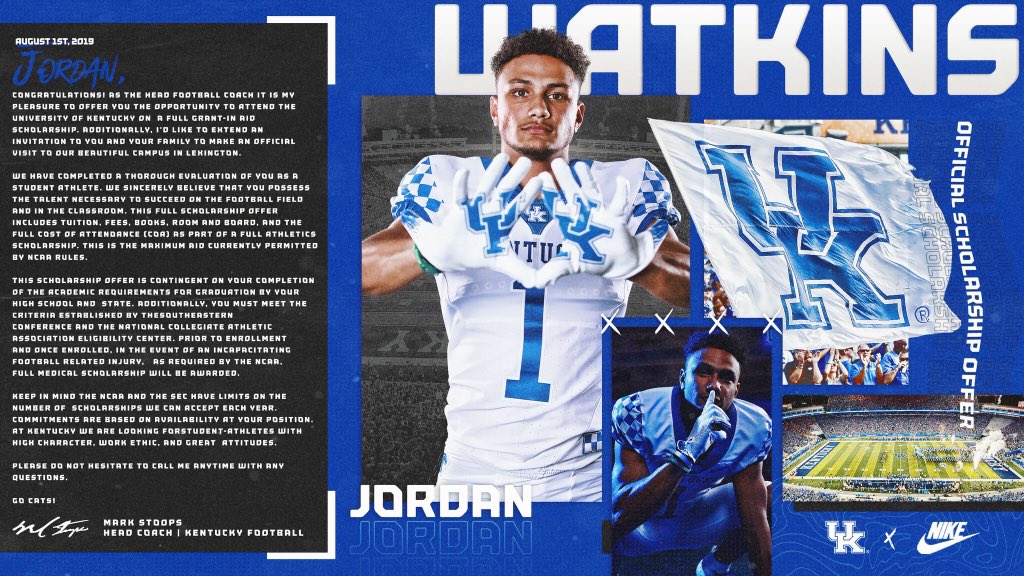 In the month of August, Kentucky cannot contact recruits in-person, except for the 48 hours leading into the Cats’ first game of the season August 31. Once the calendar turns to September, things heat up in the class of 2021. Coaches will then be able to call or text recruits like Dekel Crowdus and Jager Burton.