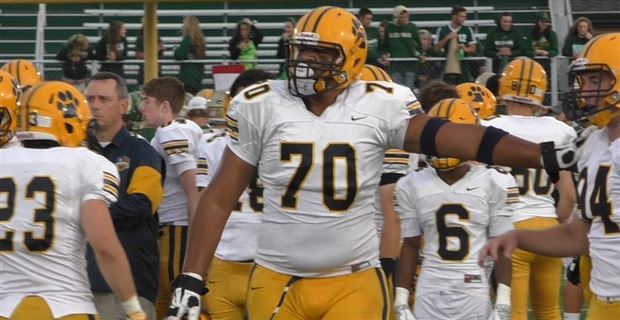 Mark Stoops now has two offensive players in the 2018 football recruiting class with invitations to the U.S. Army All-American Bowl.

Offensive tackle Darian Kinnard announced on Twitter that he has been invited to play in the prestigious postseason bowl game.  Kinnard’s future quarterback, Jarren Williams, is also an Army All-American.

Kinnard is a 6’7″ 340-pound left tackle from Cleveland powerhouse program St. Ignatius.  Unheralded when he committed to Kentucky in April, Kinnard is now considered a four-star prospect and is ranked as high as the No. 103 overall player in the 2018 class.  His soaring stock has led many local “experts” to predict a flip to Ohio State, but Kinnard said two weeks ago he’s not looking around.

If you needed another example to validate the UK coaching staff’s ability to recognize elite talent early, here ya go.