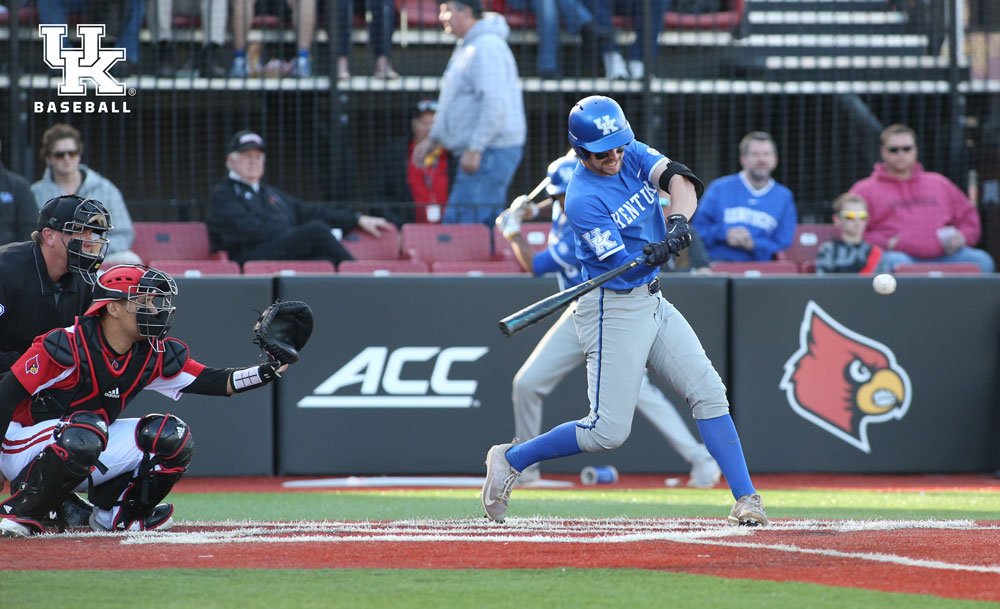 Louisville avenged its April 3 loss at Kentucky with a win in the rematch in Louisville on Tuesday.

Things got off to a nice start for the Cats when Trey Dawson’s second home run of the season gave his team a 1-0 lead in the top of the third. But the Cards would score eight unanswered before UK crossed home plate again as UofL went on to win, 8-2.

With Louisville’s win, the two teams split the regular season series for a second straight year.