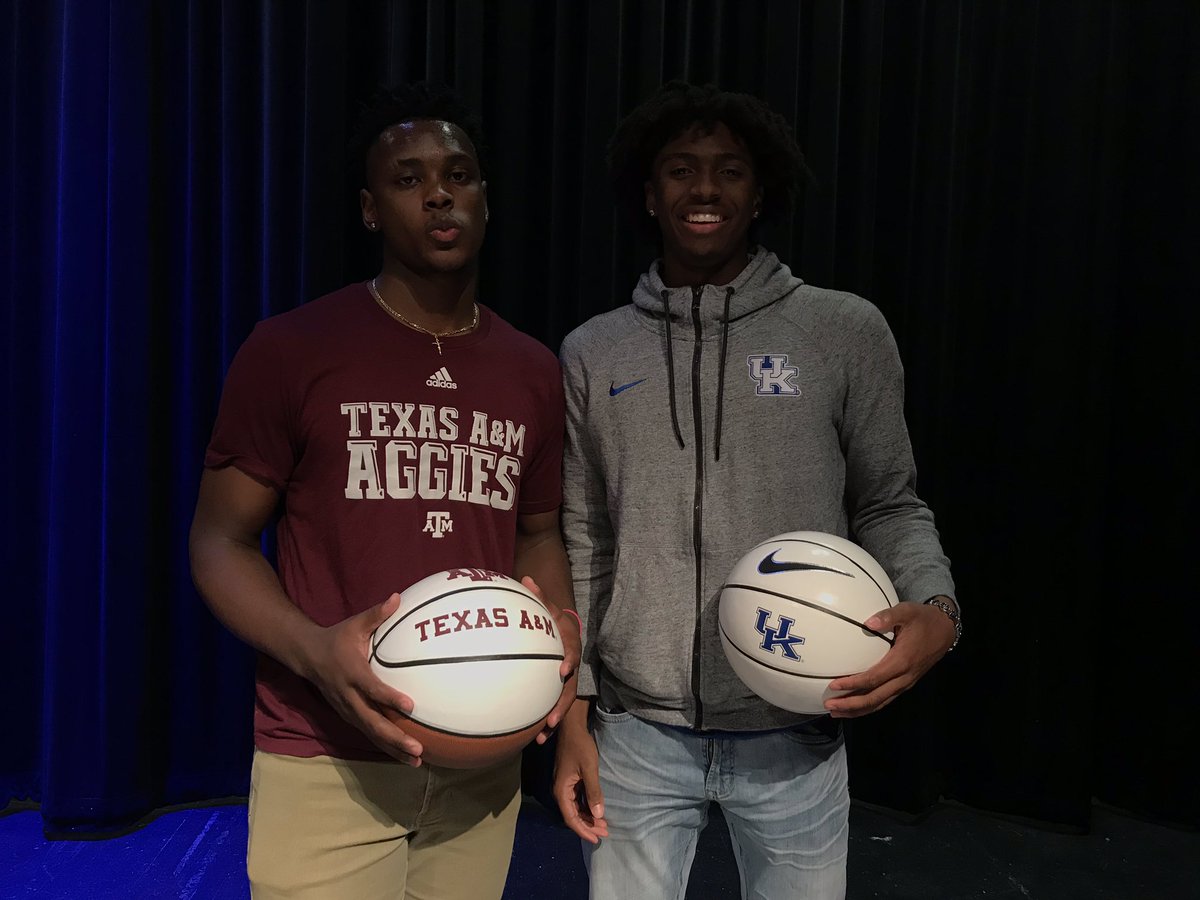 As Drew already told you, Tyrese Maxey signed his letter of intent to play at Kentucky this morning, and the school just sent out a release celebrating the occasion.

“Tyrese has unbelievable competitive spirit,” John Calipari said of the five-star combo guard. “I love Tyrese’s basketball savvy. He has an elite ability to score the ball, yet he creates shots for his teammates, he defends and he rebounds. In all the time I’ve watched him play, rarely does he make the wrong play. He may not make every shot, but he almost always make the right play. You can tell that he’s a coach’s son. Physically he is going to be able compete with the best in the country.”

Maxey averaged 22.5 points, 7.0 rebounds, 3.1 assists and 2.3 steals per game last season and led South Garland High School to the state semifinals and USA Basketball to the gold medal at the 2018 FIBA Americas Championship. He’s ranked as high as No. 7 overall by ESPN and said he chose Kentucky because of how Calipari develops his guards.

“Growing up watching Coach Cal-led teams, all the way back to Memphis, he always lets his guards play,” Maxey said. “He has a track record of developing guards and helping them reach their potential. I want to be coached and I know Coach Cal will push me and hold me accountable. I’m happy to be a part of this great tradition.”

The fall signing period began this morning and runs through November 21. In-state star Dontaie Allen will sign his letter of intent on Friday at his school, while fellow UK commit Kahlil Whitney may wait until the spring. (Don’t panic.)