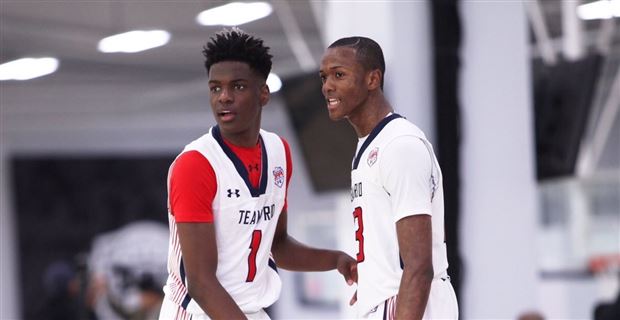 Lewis and Antoine via 247

The future of Kentucky basketball is in San Antonio for the Final Four.  USA Basketball has invited 24 elite 2019 prospects for a weekend of competition against NBA academies from around the world.

Seven of the nine players John Calipari has offered in the 2019 recruiting class were invited to San Antonio.  James Wiseman and Vernon Carey could not make the trip.  Ashton Hagans and commit D.J. Jeffries are the other two targets absent from the festivities.

It just so happens that Calipari is also in San Antonio for the Final Four.  However, he cannot watch any of the prospects play.  It is currently a recruiting Dead Period, which means Cal can have no direct contact with the recruits.  That will change when the evaluation period opens April 20.

Learn more about the event here.