We are one step away from the postponement of fall sports to the spring at the junior college level. In the midst of the Thursday’s massive news dump, the National Junior College Athletic Association (NJCAA) Presidential Advisory Council recommended moving a majority of athletic competitions to the spring of 2021. A final decision will be made Monday. 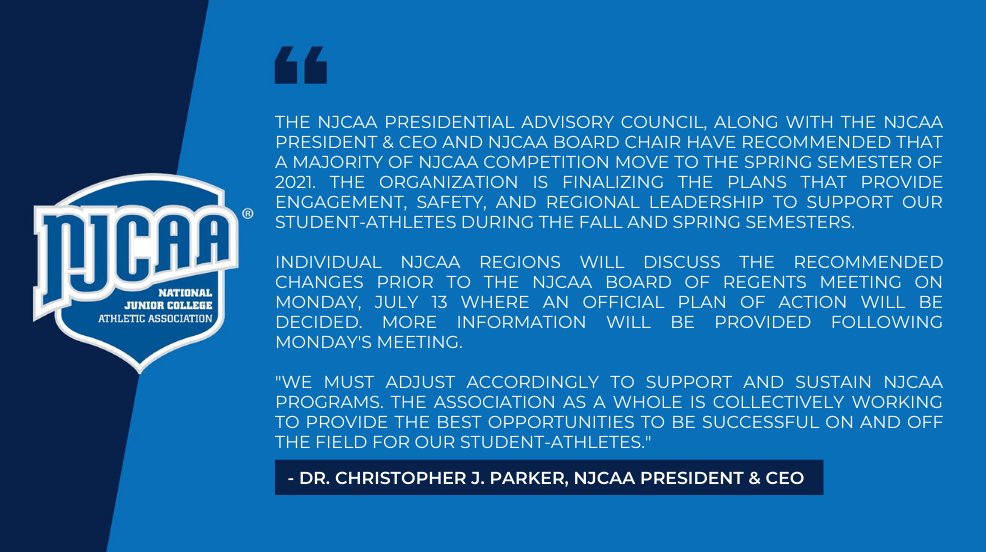 The Commonwealth of Kentucky is not home to major junior college athletic programs, however, there will certainly be consequences on the Kentucky football recruiting front if the fall JUCO football season is postponed.

Last year a former junior college prospect, cornerback Lonnie Johnson, was taken in the second round of the NFL Draft. If there’s a college football season this fall, much of Kentucky’s success will depend on the play of quarterback Terry Wilson, another JUCO product. Mark Stoops does not completely rely on JUCO players to fill recruiting classes, but they play a significant role in roster development.

If junior college football is delayed to the spring, Kentucky could still sign its current JUCO football commitment, linebacker Joko Willis. Instead of signing in December, Willis and any other JUCO products UK is recruiting would in theory sign at a later date, prior to the conclusion of the signing period Aug. 1. By delaying the football season until the spring, it may delay the arrival of JUCO players on UK’s campus. Wilson, Johnson and Stephen Johnson all enrolled for the spring semester, giving them a head-start on their first season of SEC football. There may be scenarios where players graduate early and skip the spring JUCO football season all together to get on a college campus as soon as possible. Nevertheless, the inevitable delay of JUCO football is another hurdle forcing college football programs to adapt during the coronavirus pandemic.