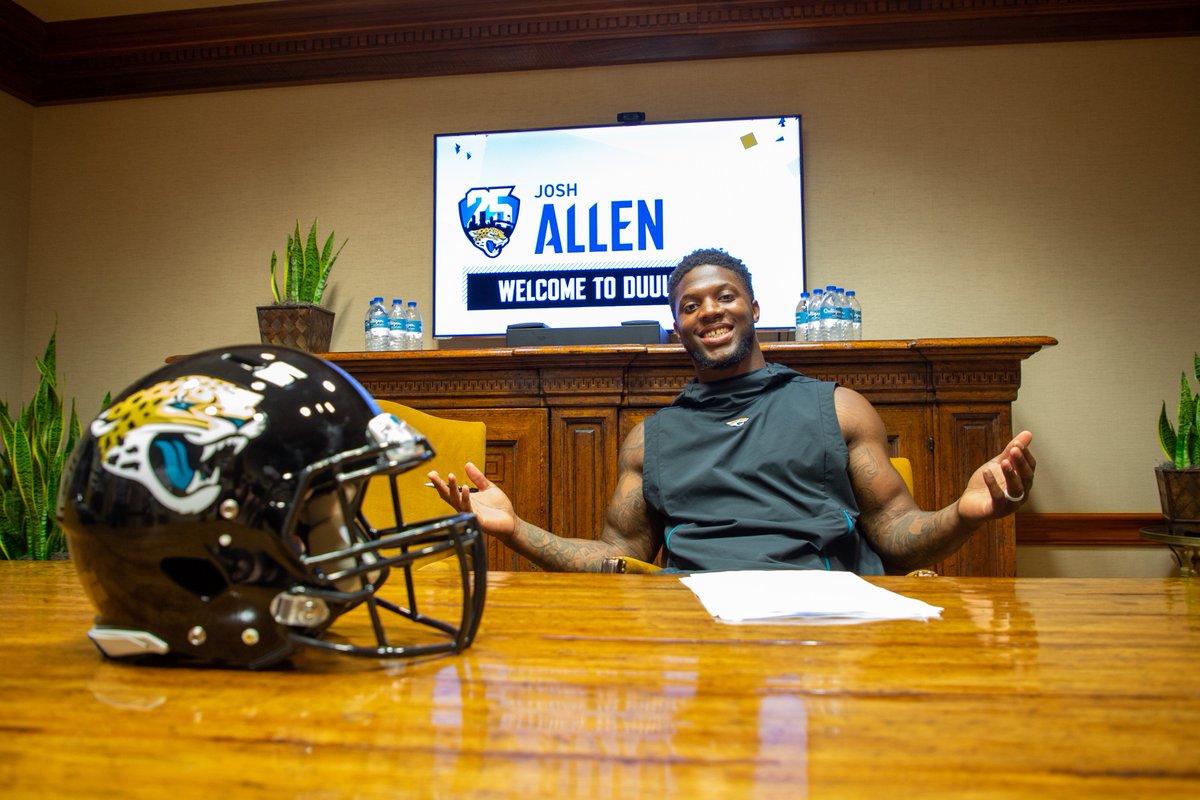 “It feels good to focus on football now, and just worry about football – and not worry about anything off the field,” Allen said. “I know everything’s settled in now. I’m ready for my family to get down here, and be a Jacksonville Jaguar for life.

“I’m just ready to make a name for myself in the National Football League. It’s official. I’m officially a Jaguar. It feels great.”

The terms of his contract have not yet been leaked to the public. Last year the other Josh Allen was picked in the same spot, seventh overall. He signed a 4-year contract worth more than $21 million that included a $13 million signing bonus. If Allen gets anywhere near that, today was certainly a good day.

Even though Allen will briefly be sidelined with a knee contusion, the former Wildcat is still in good enough shape to get PAID.