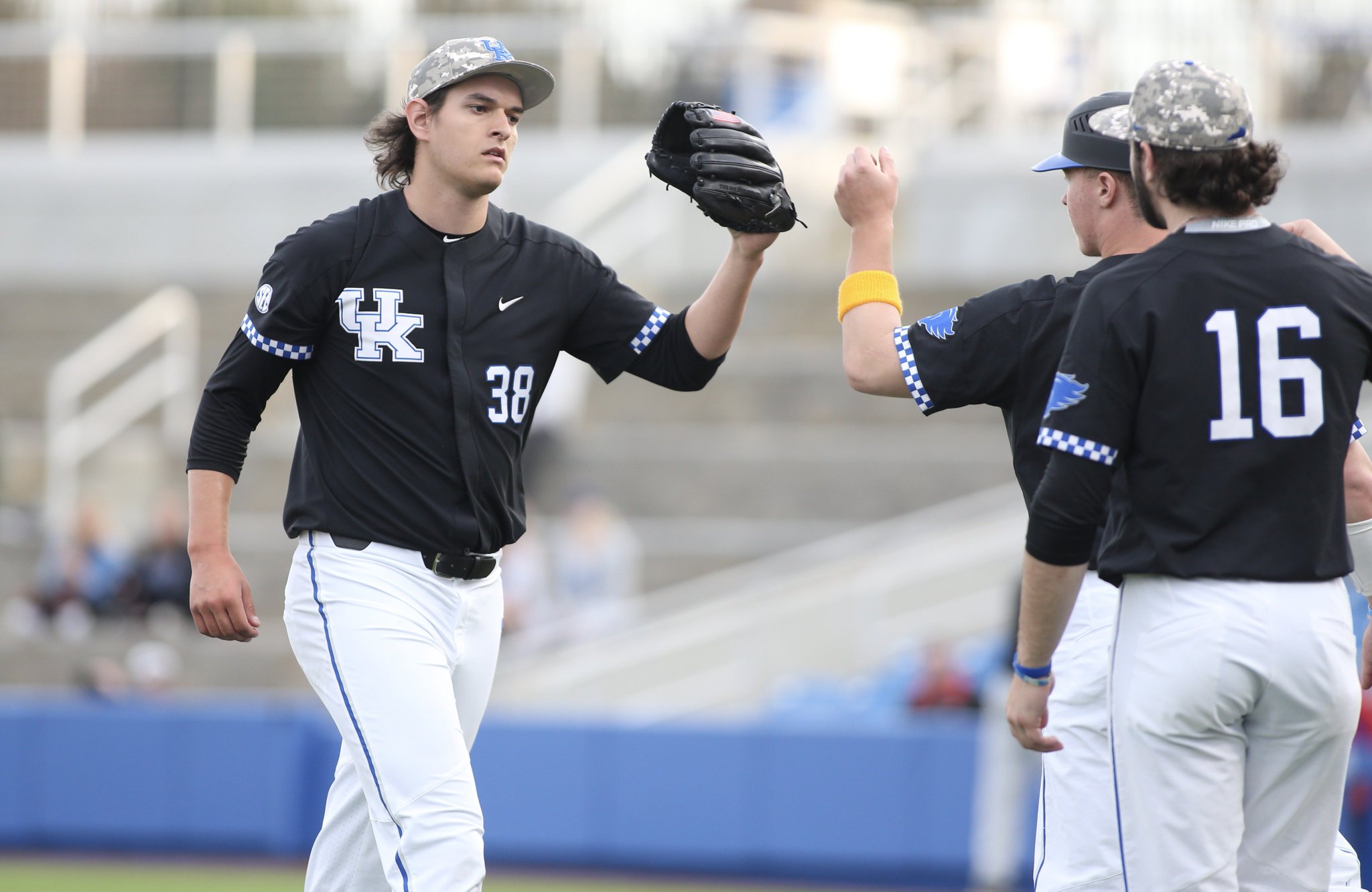 Kentucky’s woes continue after a big weekend series against Ole Miss. Moving on from the Louisville loss the Cats were looking to get off on the right foot against another rival, the Tennesee Volunteers. Despite the impressive performance starter Jimmy Ramsey put on at KPP tonight, it still wasn’t enough as Kentucky drops game one to Tennesee 4-2.

To start the game, Ramsey ran into trouble early when Tennesee began the game with two-two-strike hits. Jay Charleston hit a triple to left-centerfield, and Max Ferguson followed him up with a single to give Tennesee a 1-0 lead just five minutes into the game. Jimmy Ramsey hit the next hitter, but a double play and a fly out to the following two hitters got Ramsey out of the inning, only giving up one run.

After that shaky first inning, Ramsey was lights out, not allowing a hit until two outs in the sixth. He threw a career-high 111 pitches through six innings and only allowed one run on three hits, striking out seven Volunteers in the process.

Despite his fantastic start, it still wasn’t enough.

Daniel Harper came in relief in the seventh and shut down the Vols just fine, but the eighth was a much different story.  In the top of the eighth after a walk, Alerick Soularie clobbered a ball off a light pole in left field for the Volunteers to retake the lead at 3-2. The Vols would extend their lead an out later when pinch hitter Pete Derkay also took Dillon Harper deep, this time to right field to put the Vols up 4-2 going into the bottom half of the eighth.

Despite Tennesee only having one run until the eighth, they still led for the majority of the game.

Kentucky was scoreless until the seventh inning when they finally broke through with two big swings of the bat. The first home run in the inning came from Ryan Shinn who blasted one over the outreached glove of Soulaire to tie the game at one.

Then, with two outs T.J. Collett did nearly the impossible when he hit one over the wall in straightaway center field to give the Cats their first lead of the night at 2-1.

Kentucky got the tying run to the plate in the ninth. Dalton Reed drew a walk after Collett got out. Rook Ellington would run for him and take second base on a wild pitch, but Breydon Daniel would fly out followed by an Orlando Adams Jr. strikeout to end Kentucky’s chances as Kentucky drops game one to Tennesee at KPP to fall to 20-18 (4-11) on the season.

After the game, both benches cleared, but no punches were thrown. Game two should be very interesting when Kentucky takes on the Vols at KPP tomorrow at 6:30 p.m. ET on SEC Network+ at 6:30 p.m. ET.

In late April, Kentucky is at risk on missing out of the SEC tournament as they sit at the bottom of the SEC alongside Alabama and South Carolina.

2 Comments for Jimmy Ramsey Dominates, still not enough for the Bat Cats