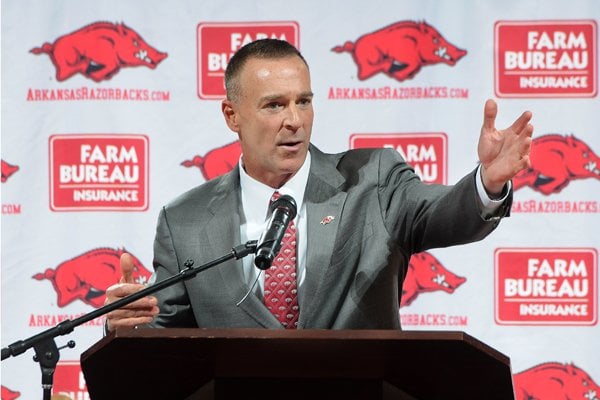 Could Jimmy’s Jet be flying back into our living rooms?

After three seasons as the women’s basketball coach at Arkansas, Jimmy Dykes resigned this afternoon. The Razorbacks are coming off their worst SEC season in school history, winning only two conference games and getting knocked out of the first round of the SEC Tournament. Over three seasons, Dykes was 43-39, 15-33 in conference play. Ouch.

Jimmy’s final season in Fayetteville didn’t come without a little controversy. During an exhibition game at the beginning of the season, several of his players of the team kneeled during the national anthem and about a month later, two left the program.

Personally, I’ve kinda missed Jimmy’s Jet. Maybe not so much the shoulder cam. Regardless, bring him back, ESPN!