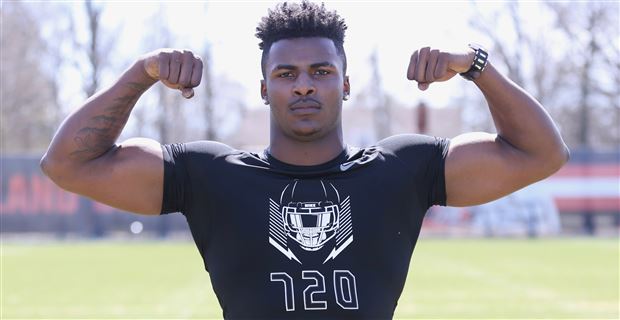 Yesterday, four-star linebacker Xavier Peters made everyone in the BBN’s July 4th when he committed to Kentucky; less than 24 hours later, it appears he’s rethinking that decision. Not only did Peters delete the tweets announcing his commitment, he has removed “UK Commit” from his Twitter bio. He also posted this cryptic tweet:

Hmm. Decommitments are a way of life in college football these days, but if Peters does part ways with Kentucky, that might set a new record for the fastest one yet. With programs like Alabama, Florida, USC, Georgia, Oklahoma, Oregon, and Texas after him, it’s no wonder, but hopefully Peters will wise up and reaffirm his commitment soon because with him, Kentucky has the 15th best recruiting class according to 247 Sports. Stay tuned…

21 Comments for Is four-star linebacker Xavier Peters rethinking his commitment?