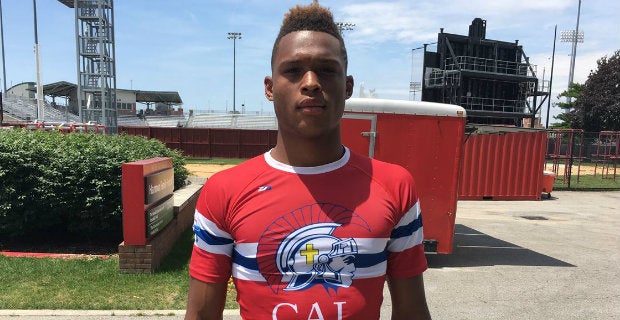 One of the quietest football recruitments in the state has unceremoniously ended.  Christian Academy of Louisville wide receiver Milton Wright will be a Purdue Boilermaker.

“I chose Purdue because it’s a family atmosphere up there and I really like what Coach Brohm is doing up there and I know it’s the right place for me and my family,” Wright told Rivals. “They’ve been the one school that’s always been there and recruiting me hard no matter what.”

Wright chose Purdue over Kentucky, Alabama, Ohio State and Louisville.  In the end, it was between Kentucky and Purdue, but Jeff Brohm’s heavy passing attack and extensive relationship with Wright won out.

Up until this morning, Wright was the highest-ranked uncommitted in-state prospect.  The four-star wide receiver is a consensus Top 250 player and is ranked as high as No. 153 by 247 Sports.

Without Wright in the picture, UK has only one more chance to land a big fish from the state of Kentucky.  The good news: the Cats are in great shape with J.J. Weaver.  The four-star Louisville Moore pass rusher will announce his decision November 30.