There are travel restrictions to Cuba, but that isn’t keeping out Kentucky fans.  Here’s what’s going on around the Big Blue Nation one day away from the NBA Draft:

Knox Completes Final Workout — Knox wrapped up pre-draft preparation by working out with the Sixers.  All that’s left between now and tomorrow night’s draft is about seven more updated mock drafts.

An NBA Draft Preview — You can find an excellent one by listening to the latest edition of the Aaron Torres Sports Podcast.

How did Reid Travis’ go?  Good question, one that T.J. Walker has the answer to (I have a feeling you’ll like what you read).

This is Luka Doncic — You’ve heard the international star’s name dozens of times, but have you ever seen the future lottery pick play any basketball?  It will only take one ridiculous three-pointer to understand why he’s a future top ten pick.

Luka Doncic is CLUTCH with an incredible three-pointer on one footpic.twitter.com/zZJlsZ2POH

UK’s Bahamian Opponent is Legit — The best team UK will play in the Bahamas is Mega Bemax.  Do you need confirmation?  There’s a header in this article from The Ringer titled, “How many Mega Bemax players will get drafted this year?”

Kentucky Announces 2018 Hall of Fame Class — And it is absolutely loaded.  It features arguably the best tight end, the best tennis player, one of the best women’s basketball players and the best unibrow.

How Tamme is Celebrating — A day after learning he would be in the UK Athletics Hall of Fame, he’s speaking to the Kentucky football team.  I have a feeling they might learn a thing or two.

Aaron Harrison — Arguably the most clutch player to ever wear a Kentucky basketball uniform will rock the red, white and blue over the next week.  Harrison is one of 14 competing for 12 spots at the Team USA World Cup Qualifying training camp.  If he makes the cut again, he’ll play two games at the end of the month to seal a spot for the USA in the FIBA World Cup.

Own Goal — That’s who’s leading the World Cup in goals scored.  Teams just can’t stop kicking it into their own nets.

We have ANOTHER own goal! pic.twitter.com/UiRWtFXfDt

Louisville City, Here We Go!  The Boys in Purple are back, hosting Nashville SC in the round of 16 in the U.S. Open Cup.  All the action begins tonight at 7:00 at UofL’s Lynn Stadium.

UofLOL — Louisville tried to brag about their first round NBA Draft picks.  John Calipari will have more after tomorrow. 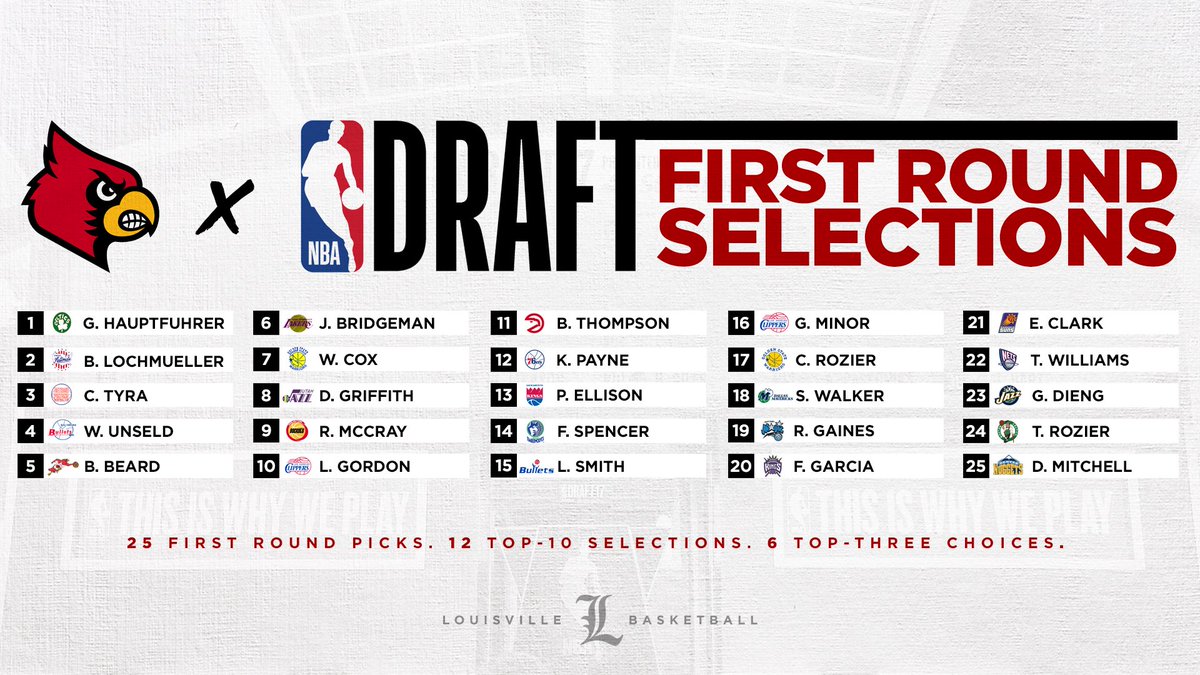