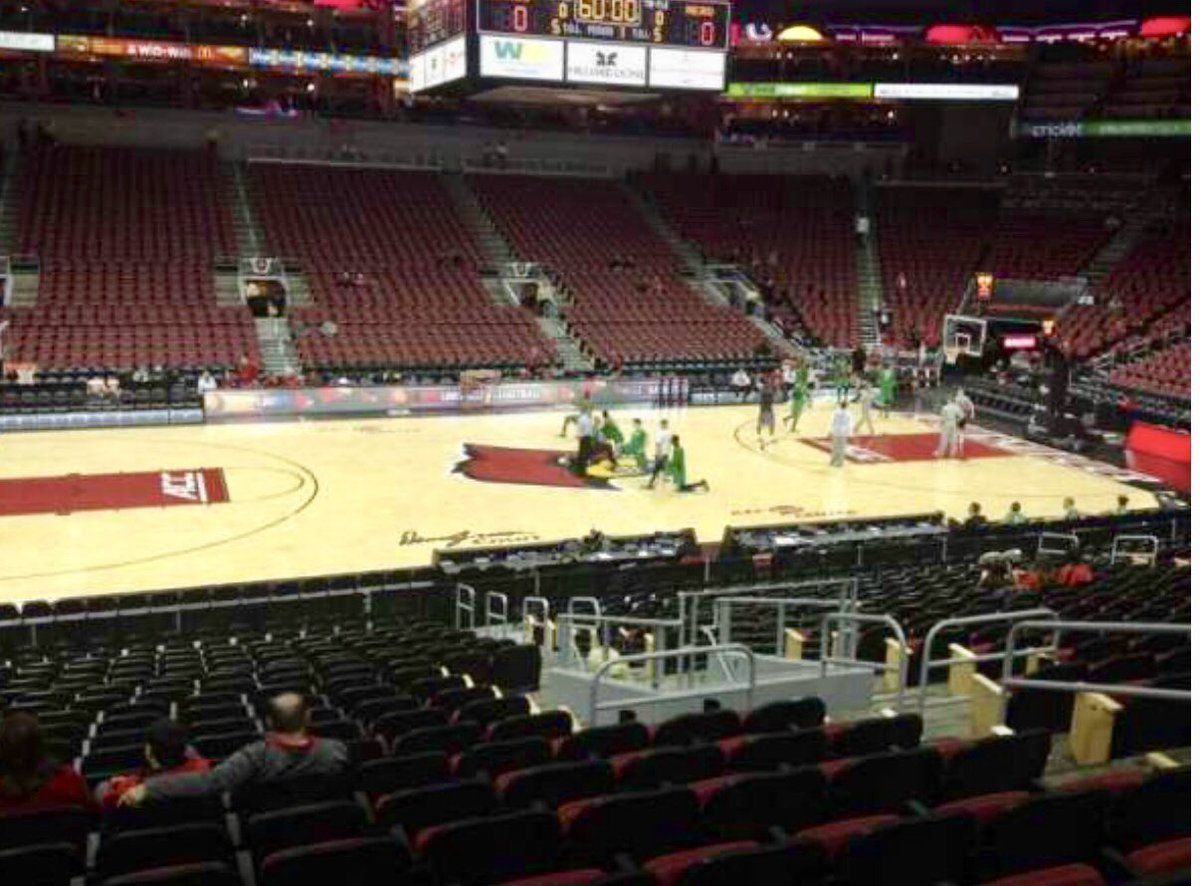 You’re looking at the view from Section 107 in the KFC Yum! Center, where University of Louisville athletic director Vince Tyra said he moved the Jurich family tickets for home basketball games.

In case you missed it, Tom Jurich’s son, Mark Jurich aka Captain Entitlement, sent a lengthy e-mail to Tyra complaining about his seat location for his eight free season tickets, in which he said it is “blatant disrespect” to the family.

Eric Crawford tweeted the photo of the Jurich’s new view to see the Cards.

I don’t know how they’ll ever enjoy a game in those free seats for the next 20 years. This is such an injustice. Pray for the Juriches. We’ll hold a candlelight vigil later this week.

12 Comments for How can Vince Tyra expect the Jurich family to see from these free seats?