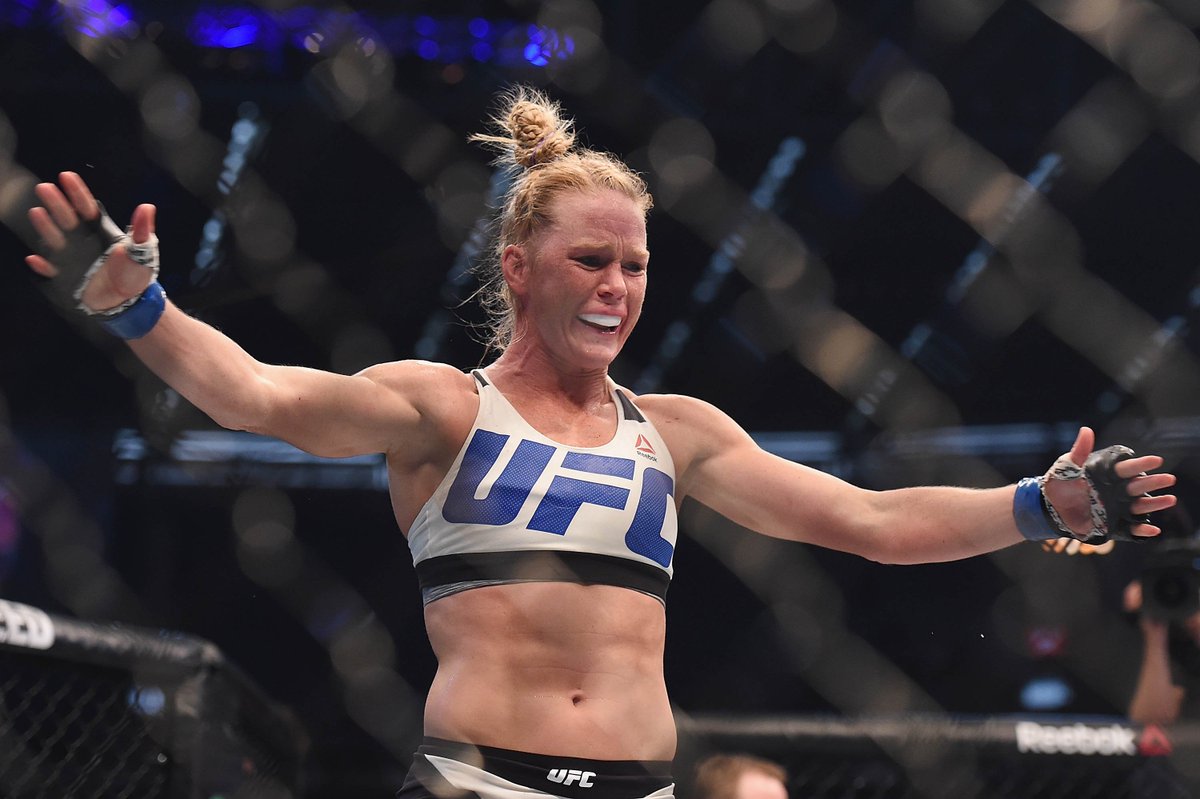 If you didn’t see it or hear about it – which was impossible if you check social media regularly – Holly Holm ended Ronda Rousey’s streak.  Yes, you read correctly, there’s a new UFC Women’s Bantamweight Champion.  In what’s being called one of the biggest UFC upsets in history,  Ronda Rousey was KO’d by a lethal head kick from Holly Holm.  The fight took place late last night during UFC 193, and according to experts, it wasn’t even close.  Holm dominated the entire fight, causing Rousey to chase after her, thus exposing weaknesses.  Holm was able to get past Ronda’s defenses and land a few good shots that had Rousey out of her game.

It definitely shocked the world of sports, but this one’s not over folks.  Expect there to be a big rematch in a few months, of which I think Rousey comes back stronger and more dangerous.  The person that’s most disappointed about the defeat?  WWE’s Vince McMahon.  Rumors have been swirling that Rousey was to be in a much larger role during the upcoming Wrestlemania in April. Following her first defeat, she’s kind of lost that “most dangerous woman in the world” gimmick.  Oh well, only time will tell.

Here’s what’s ahead for your Sunday:

Matthew Mitchell leads the UK women’s basketball team to sunny Arizona, where they take on the Sun Devils of ASU.  The game tips off at 5:30 pm EST, and will be aired live on the Pac-12 Network.  Depending on what cable provider you have, you may or may not be able to tune in.  ASU will be the first of seven teams that are currently ranked inside of the Top 25 that Kentucky faces this season.  Arizona St. is currently ranked just ahead of UK, 15th in the nation.  It should be a great matchup for the Cats, following their victory over Rice 72-39. Go big blue!

#18 Kentucky hosts the Missouri Tigers later today inside Memorial Coliseum.  The match will begin at 1:30 pm EST, and you can catch all the action live on the Watch ESPN app where available.  The volleyball team hopes to improve their winning streak to four straight, following last weekend’s sweep over SEC rivals Georgia and Tennessee.  Good luck!

As always on Sunday, there’s plenty of Wildcats to watch in the NFL.  Here are four games that Kentucky players could have huge impacts on today: