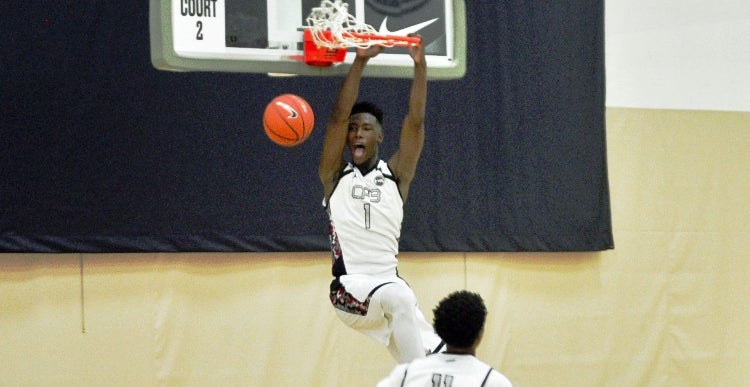 Big Blue Madness is always a big recruiting event, but we’re hearing that UK is pulling out all the stops this year, and with good reason. According to Jon Rothstein, Harry Giles, the number one player in a loaded 2016 class, will take his official visit to Kentucky on October 16, the day of Big Blue Madness. He will also visit Wake Forest on September 19, North Carolina on September 25, Kansas on October 10, and Duke on October 31. This will be Giles’ second trip to Big Blue Madness after attending in 2013.

While Duke is considered the heavy favorite for the 6’10” power forward, getting him on campus for Big Blue Madness is huge; there’s no event that showcases the mania of Kentucky basketball better. A little wow factor can’t hurt, right?

Drake’s great and everything, but is there any way to get the floor turned into a giant screen again?

38 Comments for Harry Giles will visit for Big Blue Madness