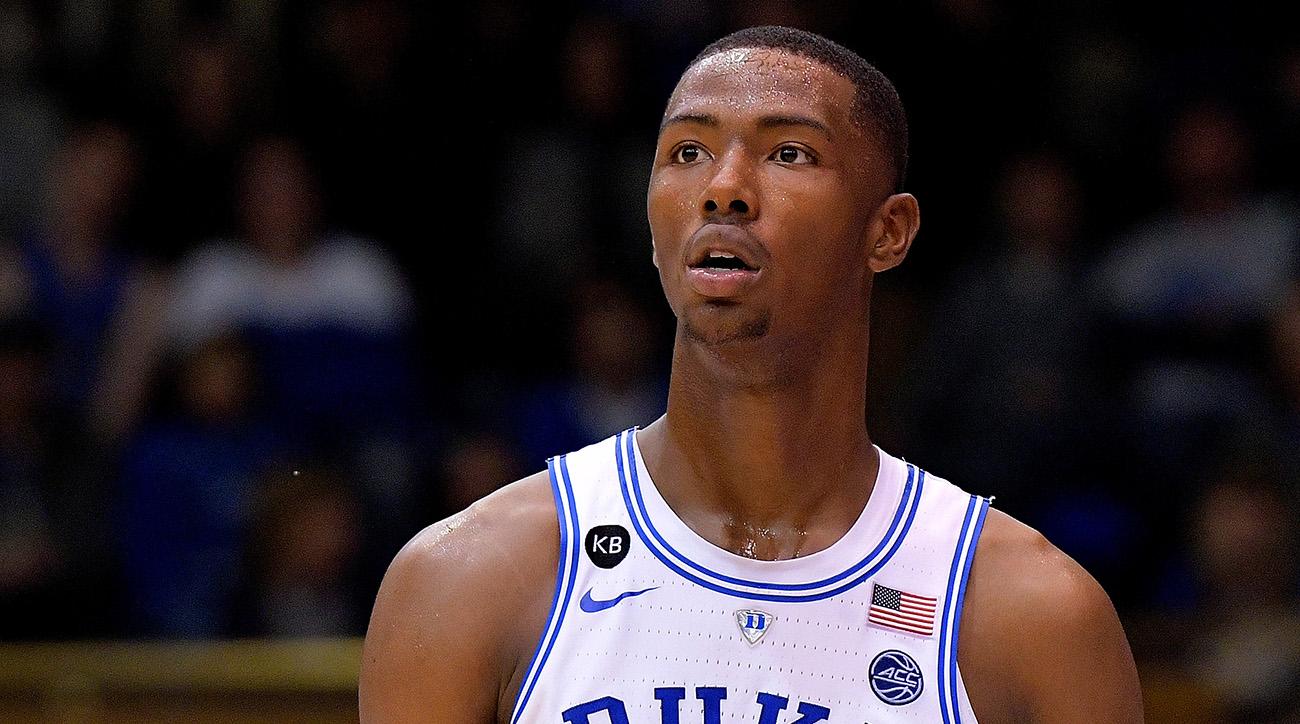 Like you, I hate all things Duke. Well, almost all things. Harry Giles is the one exception.

I genuinely feel bad for Harry Giles, the one-time projected No. 1 overall pick who suffered a torn ACL two minutes into his senior season of high school. The knee injury was Giles’ second in two years — he tore the ACL, MCL and meniscus in his other knee as a sophomore.

Then of course Giles went on to commit to and play for Duke, where he averaged just 3.9 points and 3.8 rebounds in 11.5 minutes per game as a freshman trying to come back from the injuries. He didn’t score a single point in the Blue Devils’ two tournament games.

With the slow first season, Giles dropped all the way to a projected late first-rounder, and today he announced he will go ahead and pursue his NBA dream despite the fall down the board.

It’ll be interesting to see if anyone takes a chance on the young, injury-riddled forward with two bad knees, who at one time had superstar potential.

I know I will be rooting for him, Dukie and all.