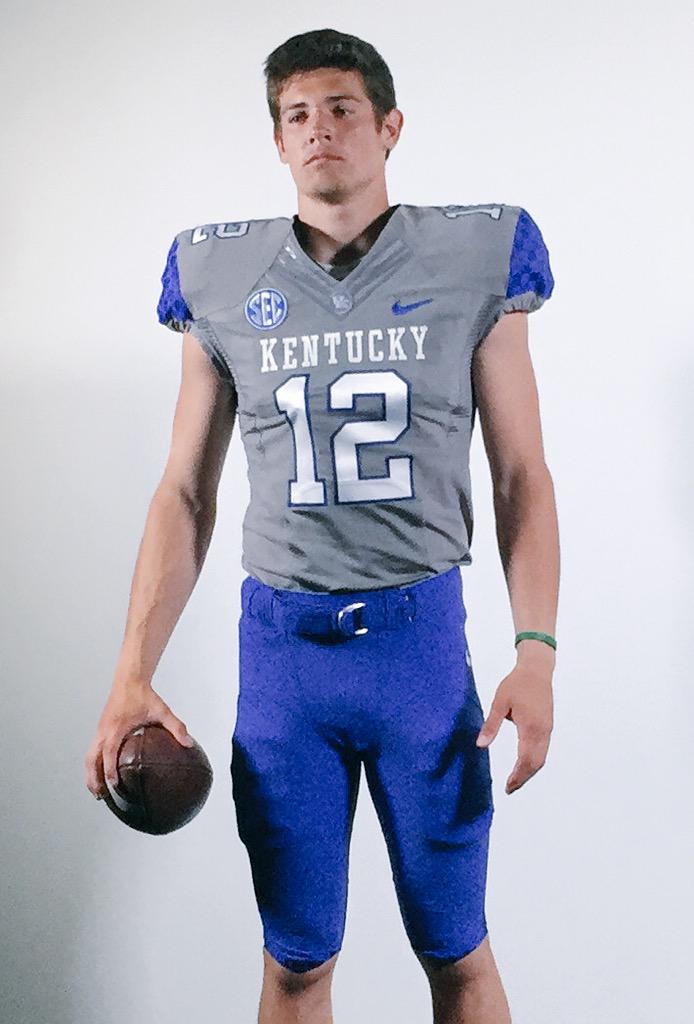 2016 QB commit Gunnar Hoak is still a bit of a mystery to UK fans. The 6’4″ pocket passer from Dublin, Ohio committed to UK in April, and last night, was upgraded to a four-star by ESPN. Hoak is now considered the 15th best pocket passing quarterback in the country by the Worldwide Leader. ESPN’s scouting report goes as far to say he could be a “steal”:

“Hoak is flying under the radar to some degree in our opinion. He has measurables and arm talent with a high ceiling for development. We feel he has power five upside to be a viable guy in two-three years. Is developed at the proper rate he could be a steal.”

That’s huge news for Kentucky’s 2016 class, which is off to an excellent start. If you go by ESPN’s rankings, UK now has four four-star commits in the 2016 class: Landon Young, Drake Jackson, Jordan Griffin and Hoak. Like Young and Jackson, Hoak’s doing his best to add Kash Daniel to the class:

Us too. Congrats on the fourth star, Gunnar. Looking forward to seeing you in blue.