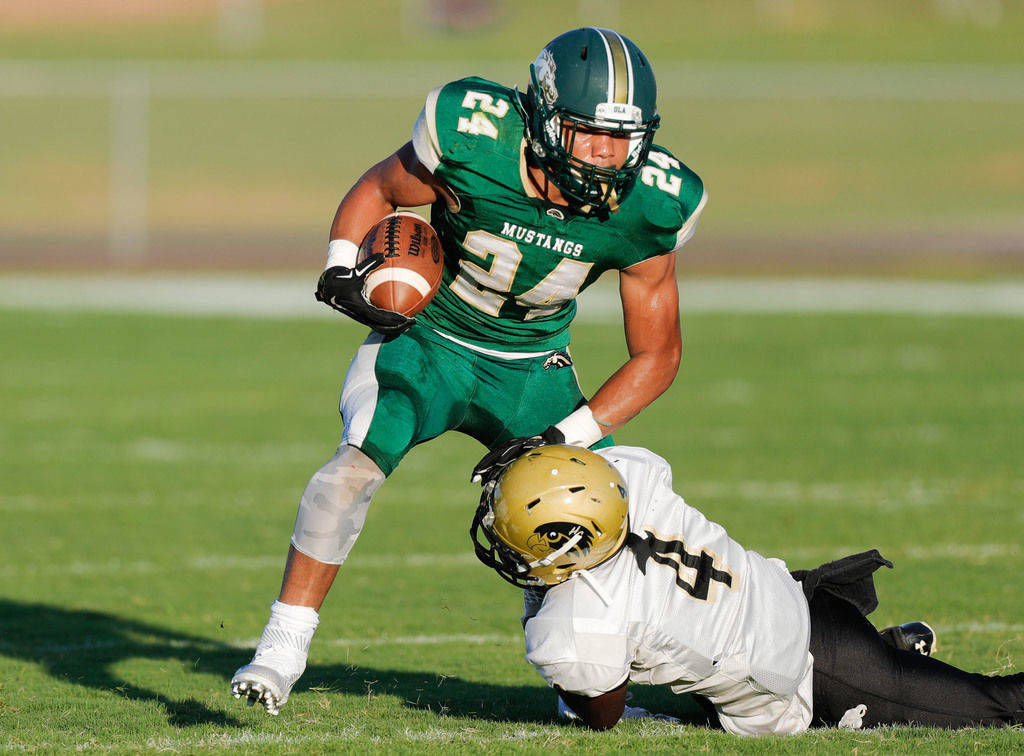 A pair of Kentucky football commitments from the Peach State started their senior seasons with impressive victories.

Playing in a rivalry game between South and Central Gwinnett, Central Quarterback Jarren Williams‘ needed a fourth quarter touchdown to secure a victory.  Eight plays and 60 yards later, Williams threw an 8-yard touchdown pass to put the game out of reach and give his team a 28-24 victory.

The future UK star completed 20 of 36 passes for 301 yards, three touchdowns and an interception.  Williams’ touchdowns came from 8, 11 and 20 yards and his lone interception was a diving “game-changing” catch by the defense.  He added 43 yards on the ground.

Not far down the road from Williams, running back Chris Rodriguez had to put the team on his back in the second half.  Trailing at halftime, the three-star prospect scored immediately to give Ola High School the lead.  They never gave it back.  Rodriguez scored two more second half touchdowns to finish the game with four and give his team a 41-25 win.

Williams and Rodriguez were the only two UK commits in action this week.  High school football in Ohio, Michigan and Florida does not begin until next week.

Closer to home, a pair of 2019 UK targets were fantastic.  Western Hills wide receiver recruit Wandale Robinson failed to lead his team to a victory over Franklin County, but he did account for 198 rushing yards in 27 carries and 35 yards in three receptions.  He scored every touchdown for Western Hills on rushes of 48 and 57 yards, and a 30-yard touchdown reception.

Wandale Robinson atones for his early fumble with an explosive 60-yard touchdown gallop.