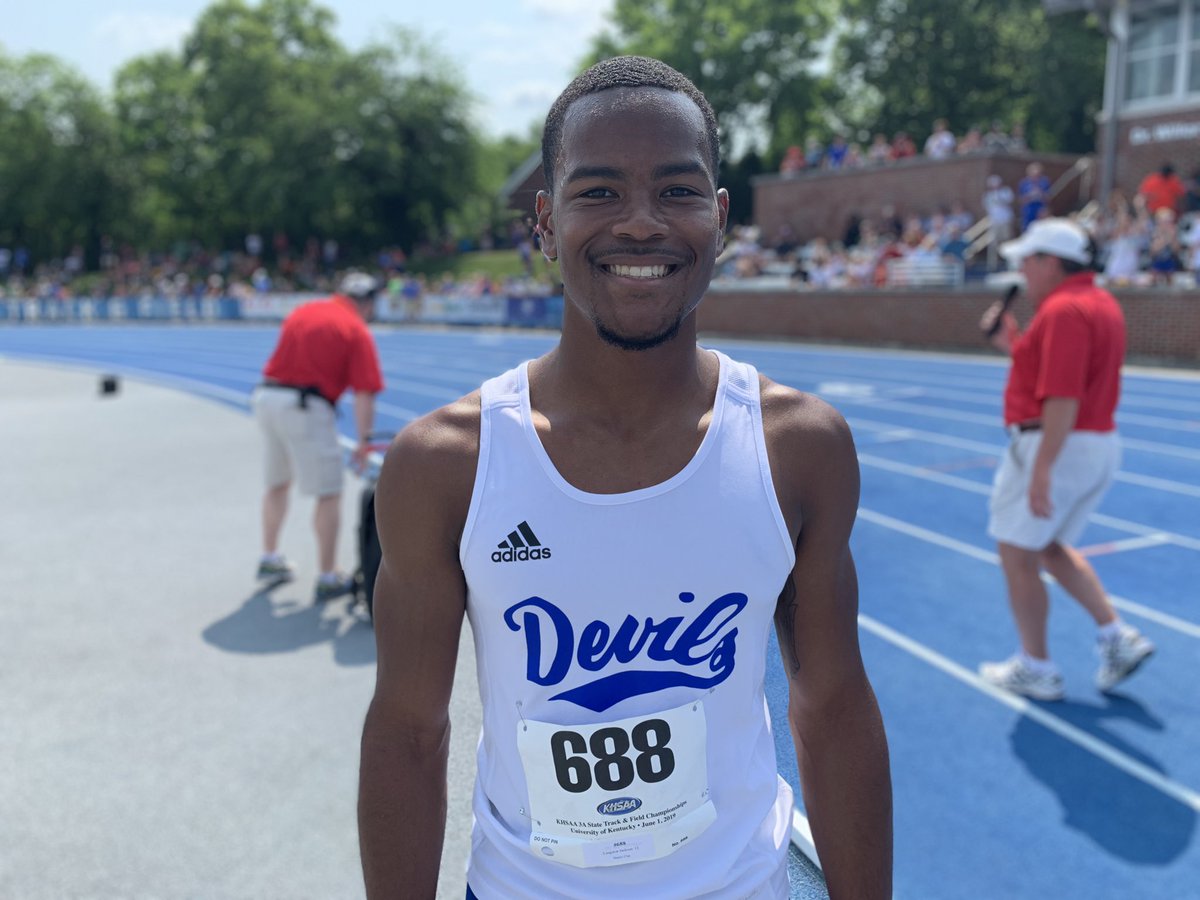 A week before the Kentucky track team competes in the National Championship meet, a future Wildcat is shattering records on UK’s campus.

Wearing blue and white for Henry Clay, Langston Jackson shattered the state’s 100-meter dash record. Jackson ran 100-meters in an astounding 10.23 seconds, shattering the old mark of 10.42, to win the 3A state title.

STATE RECORD ALERT ?@HCHS_Athletics Langston Jackson with a 10.23 in the 100 meters obliterates the state record. Already taking a liking to the UK track where he’ll race next year. Yowza pic.twitter.com/M2KpDTTYKD

Jackson also anchored Henry Clay’s state championship victory as the anchor in the 4×100 and 4×200 relay.