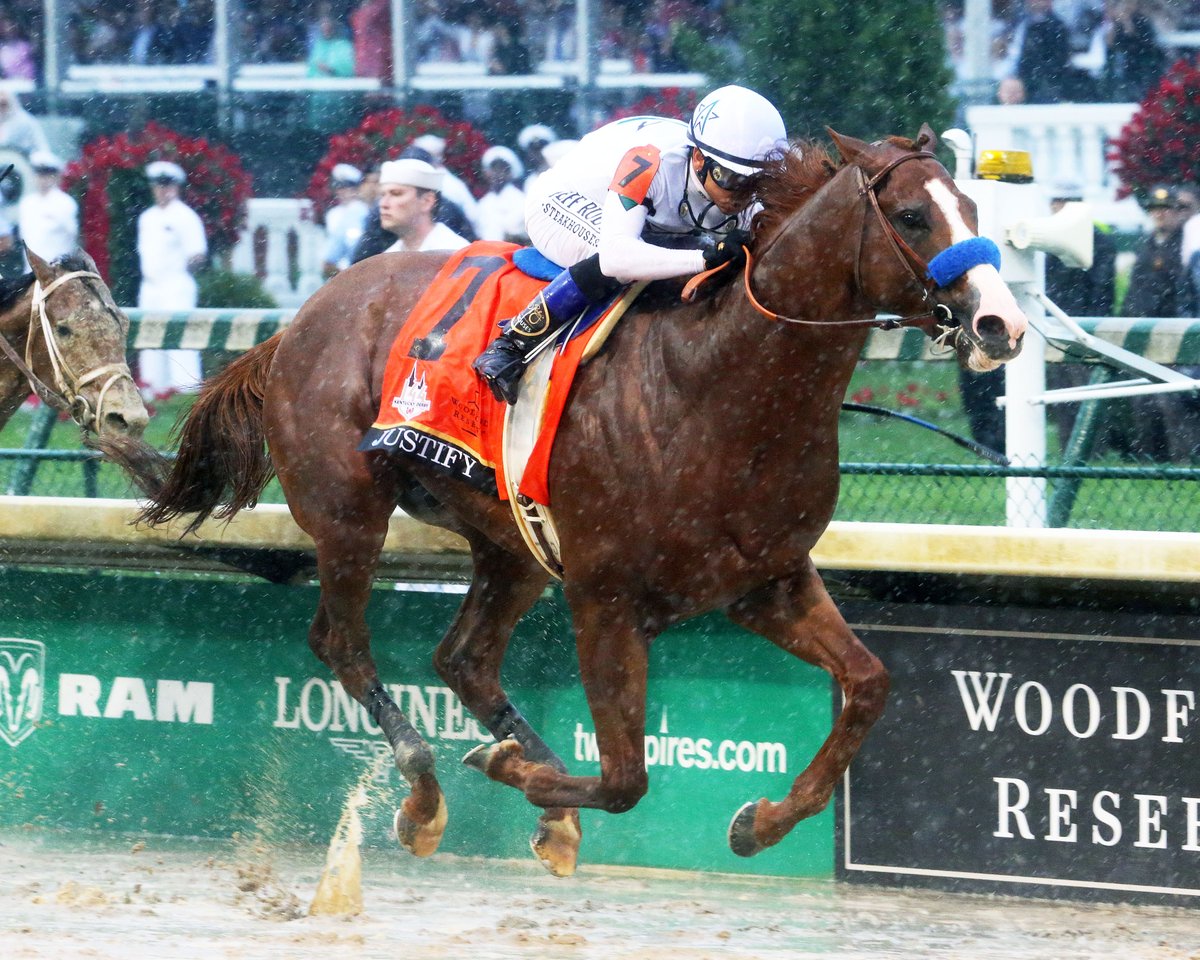 This evening Justify’s quest for a Triple Crown continues at the 143rd running of the Preakness Stakes.  Before you place a bet on Pimlico’s premier race, set for a 6:43 post-time, consider this:

Justify’s dominant win at the Kentucky Derby came at a cost.  The following day the horse was limping.  His team insisted nothing was wrong, but the hind leg limp was enough to prompt PETA to call for an investigation.  The horse has been cleared to run on what they’re calling a bruised heel.  Bob Baffert believes his horse is ready to go, but another muddy day could complicate things.

Justify will return to the same post position where he won the Kentucky Derby.  The only horse outside of Justify is Bravazzo, who finished sixth at the Derby .

As usual, there will not be a lot of money to win on the race.  Justify is a 1-to-2 morning line favorite, and will probably get bet down even more before post time.

A live look at the Pimlico forecast:

This year’s Kentucky Derby was the wettest on record.  It’s going to be even wetter at Pimlico.  Four inches of rain have been dumped on the city this week, and the downpours are not done.

It has officially begun. Please help me. #preakness . #wbal pic.twitter.com/HXJ7igjomm

Obviously, all of the Derby horses have some experience in the mud.  Justify’s last two wins have actually came on a wet course.  Lone Sailor also has a victory in the mud, but the most experienced horse is Sporting Chance, who has three career starts in the mud.

There’s only a two-week break between the Derby and Preakness.  The quick turn-around usually prevents the Derby’s best losers from contending for the Black-Eyed Susans.  While Derby horses run on fumes, others setup shop near Pimlico to prepare for an upset bid.  One Maryland-based horse from Laurel Park could be the next Cherry Wine or Cloud Computing.  At 30-1, Diamond King could do just enough to make your day.