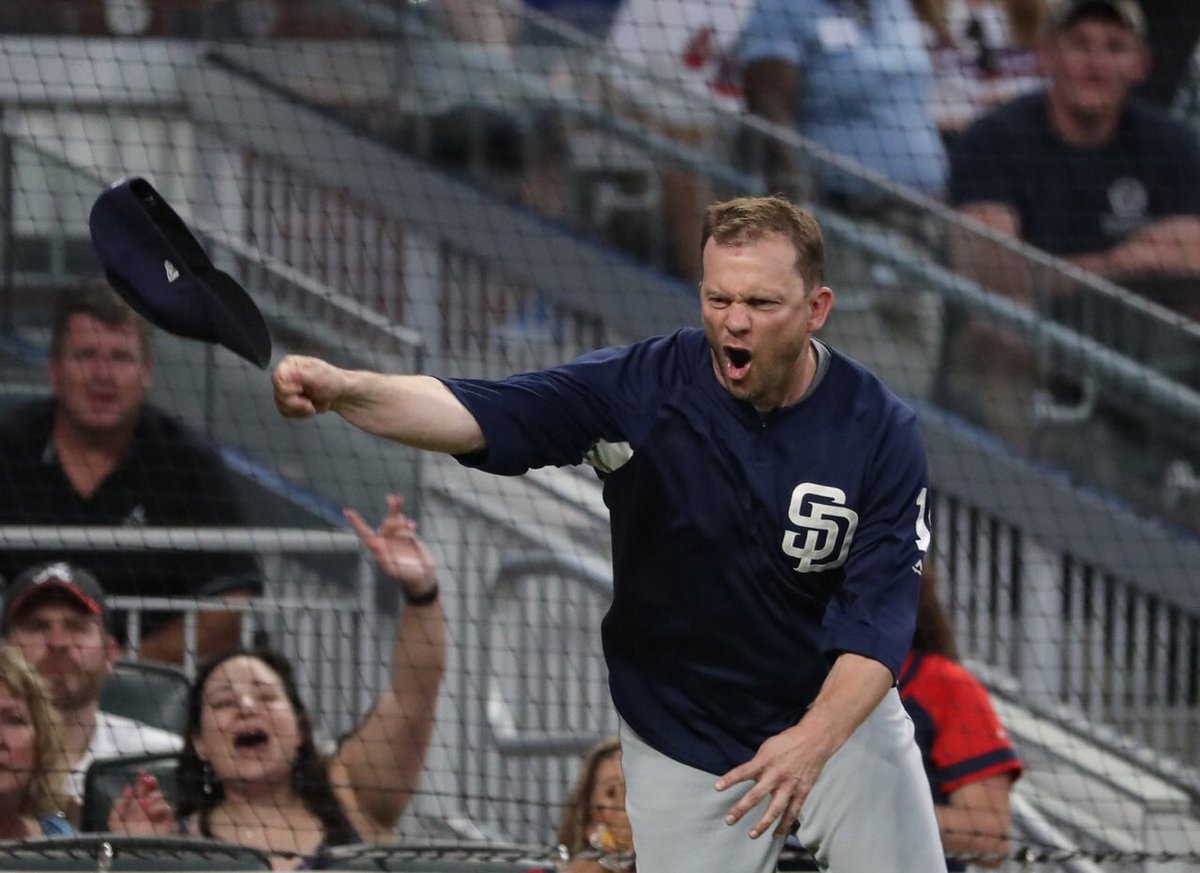 Before he was escorted from the field, San Diego Padres manager Andy Green left with the last word.

A star at Kentucky from 1997-2000, Green was inducted into the UK Athletics Hall of Fame in 2015.  In the same year he was promoted from Padres’ third-base coach to manager, instantly becoming one of the youngest in Major League Baseball at just 38.  A fiery coach, he went off the top rope during last night’s game against Atlanta.

Infamous umpire Joe West was behind the plate for the game.  West enjoys being the center of attention and is notorious for making questionable calls.  After West made another bad one, Green threw his hat, gave him a piece of his mind, was escorted off the field, then dished out the ultimate burn.

“Don’t worry, Joe, I’m leaving so you can go and get another call wrong!”

Green did not wish to elaborate on the specifics of the incident after the game, but he did thank West for picking up his hat.

"I just probably appreciate him picking up my hat." ?? – Andy Green on his ejection tonight #PadresLive pic.twitter.com/OVmX3FBstm