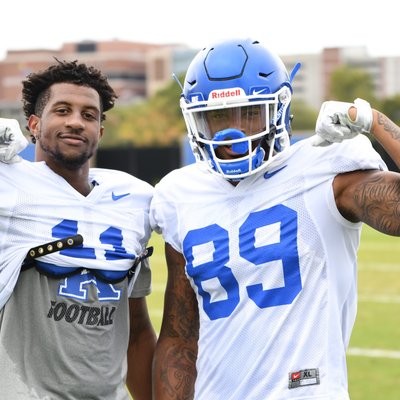 After a year in junior college, one former Kentucky wide receiver is looking for a new Division I football home.  It may be his Old Kentucky Home.

JaVonte Richardson enrolled at Iowa Western Community College last spring after academic issues forced him to leave UK.  Halfway through an exceptional season of JUCO football, Richardson told 247 Sports he could be back in Lexington soon.

“I’m not sure what I’m going to do next, and the school has told me if I go back to Kentucky I can go in December of this year, but if I go to any other school I have to stay at Iowa Western through next spring semester,” Richardson explained. “I have been talking to Kentucky and going back there is a possibility for me, because I really liked it there.”

“I have talked to Coach (Mark) Stoops about going back and that is a definite possibility,” he noted. “Right now, I’m just trying to play my best and get some looks from some bigger schools like Georgia or Alabama. There are schools talking to my coaches at Iowa Western, and there are college coaches here weekly.”

Having a one-semester head start and the familiar setting are incentives to bring the former four-star prospect back to UK.  In Kentucky’s 2017 recruiting class Richardson was the fourth highest-ranked recruit, only behind Lynn Bowden, Josh Paschal and Tyrell Ajian, a trio that has already made a significant impact on the field.

A minor ankle injury has limited Richardson to just five games this season, but he’s been productive.  He’s caught 17 passes for 236 yards and three touchdowns.  247 Sports ranks Richardson as the No. 2 JUCO wide receiver prospect in the country.

JaVonte Richardson (@JIGGOCHO_) went right up over the DB for a 23-yard TD catch. The 6-4, 220-pounder has Iowa State interest. One of the country’s better juco WR prospects. pic.twitter.com/5ZDgM8hcv1

6 Comments for Former UK Wide Receiver could Return to Kentucky