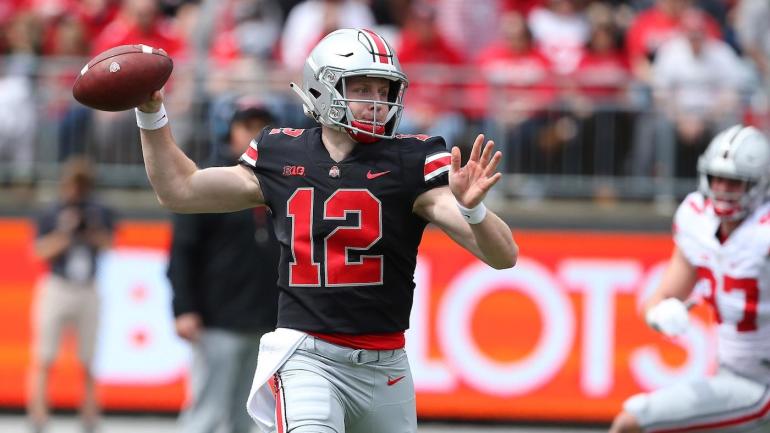 Another player recruited by Kentucky is leaving Ohio State.

Last night Matthew Baldwin announced he will leave Columbus after only one season on campus. A redshirt in the 2018 season, Justin Fields’ arrival pushed Baldwin out the door.

A four-star pocket-passer from Texas powerhouse Lake Travis, Baldwin initially committed to Colorado State. After an excellent senior season, Kentucky was one of many schools who heavily pursued Baldwin before the Buckeyes ultimately won the sweepstakes. In last week’s spring game, Baldwin completed 20 of 36 passes for 246 yards, two touchdowns and two interceptions.

Baldwin’s announcement comes a month after we learned another former UK recruit is leaving Ohio State. L’Christian “Blue” Smith is set to transfer after the spring semester. Rivals ranked the 6’6″ wide receiver as the No. 39 player in the 2018 recruiting class.

Kentucky has a few scholarships available for transfers. If things do not go well with Beau Allen over the next few weeks, Baldwin could receive a call from Coach Stoops.