Christen McAllister of Louisville has been charged with first degree arson after a late night altercation with her roommates.  When police arrived at her apartment just off UofL’s campus early Saturday morning, McAllister admitted to setting the bed on fire after getting into an argument with her roommate.  The least shocking news: the police report indicated she may have been under the influence of alcohol. 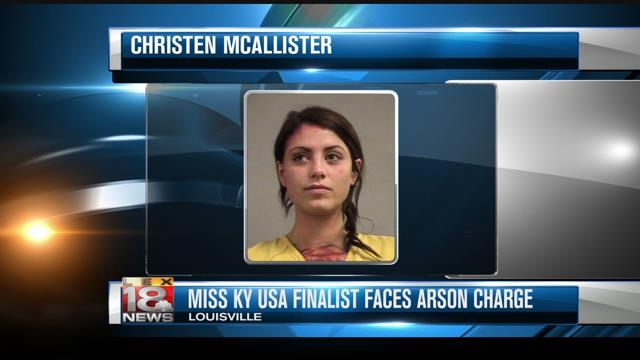 Another piece of information that makes this story even more interesting, according to the guys at Barstool, the apparent tattoo on her chest in the mugshot isn’t a chest tattoo — it’s from a bar’s body paint competition.